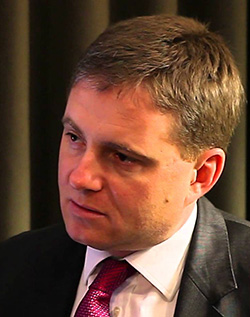 ECONET Wireless unit Liquid Telecom has secured $300 million to help fund expansion in Africa and its 6.55 billion rand ($458 million) acquisition of South African fiber company Neotel Pty Ltd.
Standard Bank Group Ltd. is arranging the syndicated loan to help fund the Neotel purchase and other deals underway in Botswana and Tanzania, Liquid Chief Executive Officer Nic Rudnick said in an interview in Cape Town on Wednesday.
The company will take on Neotel’s debt as part of the deal struck with Indian seller Tata Communications Ltd. that’s expected to close early next year.
“The purpose of the additional funding would be to allow the group to expand,” Rudnick said. “Our strategy is to roll out fiber continuously and to bolster that with sensible acquisitions.”
The funding will help Econet pursue its strategy of expanding in internet services and pay-TV in sub-Saharan African to take advantage of cheaper and faster broadband access. The company founded and run by Zimbabwean businessman Strive Masiyiwa, also owns Zimbabwe’s biggest wireless carrier and plans to start a TV product to challenge market leader Naspers Ltd.
Liquid agreed to buy Neotel in June when Johannesburg-based Vodacom Group Ltd. abandoned its own pursuit after regulators attached stringent conditions to the deal.
Following the completion of the Neotel deal, Liquid could consider selling shares in the combined entity on a stock exchange, according to Rudnick.
“We haven’t made a final decision on this as we just completed a funding drive,” he said.Advertisement