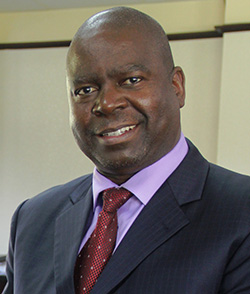 HARARE: Econet Wireless Holdings plans to raise $130 million — possibly the biggest ever local capital raise — through the issue of additional shares and debt as it bids to clear foreign loans, but the company will require shareholders to make offshore payments as part of the transaction.
Econet owes a consortium of creditors — China Development Bank, African Export Import Bank, Ericsson and South Africa’s Industrial Development Corporation — just over $128 million. But the company says it has increasingly found it difficult to service the loans due to foreign currency shortages in Zimbabwe.
“In recent months it has become clear that there is a critical shortage of foreign currency in the overseas nostro accounts of Zimbabwe’s banks, and that the flow of local USD cash that those banks can export to fund their nostro accounts has diminished materially. This has made it extremely difficult for the Company and its subsidiaries to service their financial obligations to lenders and creditors outside Zimbabwe,” Econet said in a circular to shareholders on Tuesday.
In a bid to avoid a damaging default on the foreign loans, Econet is asking its shareholders to pay for their rights issue shares in US Dollars directly to the Egypt-based Afrexim Bank, where the telecommunications giant holds a debt service account.
“The Company intends to raise foreign currency from its members by way of a Rights Offer of shares and Linked Debentures. It is a condition of the proposed Rights Offer that the members shall follow their rights by paying the proceeds of the offer in United States Dollars directly outside Zimbabwe into the Company’s debt service account with AFREXIM Bank outside Zimbabwe,” Econet said.
Between 2012 and 2014, Econet secured more than $460 million in multi-creditor loans to expand its network and refinance earlier facilities. The company said it intends to clear its secured long term loan obligations, which now stand at $128 million, using the rights issue and debenture cash.
In terms of the capital raising proposal, Econet seeks to raise $67.26 million through the rights offer and $62.75 million through debentures — a debt instrument with fixed interest used by firms to raise cash.
However, the transaction hinges on approvals by the central bank, which has maintained a stringent priority list for foreign payments since May 2016 as it seeks to manage a biting foreign currency shortage in the economy, of offshore payments for locally held shares.Advertisement

Hard-up Zimbabwean minorities have, in recent years, struggled to follow their rights in similar transactions. The requirement to make offshore payments is likely to add to the difficulty.
Econet Wireless Global, the privately held anchor shareholder in Econet Wireless Zimbabwe with a 30 percent stake, will underwrite the transaction and could be the biggest beneficiary should the offer be significantly under-subscribed.
The offer price of US$0.05 is at a significant discount from Econet’s share price of $0.3 on the ZSE.
Econet, which postponed its annual general meeting last July, will seek shareholders approval for the proposed transaction at an extraordinary general meeting scheduled for Harare on February 3.
The company has seen its revenue and profitability declining amid Zimbabwe’s economic slowdown. Revenue came down from $753 million in FY2014 to $641 million in FY2016, while profit after tax came down to $40.2 million in FY2016 compared to $119.4 million in FY2014.