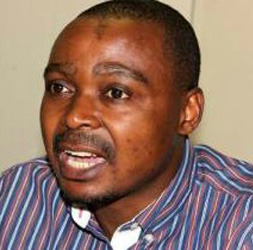 UNWITTINGLY so, innovation is often thought of as a nexus of value-added processes continuously built upon existing services or products, contrary to conventional perspective, this could not be further from the truth. As a result, many business executives easily fall into the trap of over-emphasizing the necessity of ‘value addition’ as a key ingredient for creating new lines of business as opposed to focusing on the pertinence of ‘value creation’ as the essence of the innovation in founding new markets and developing new business to stimulate organisational growth and durable business sustainability.
Value addition can simply be described as process improvement, a practice that does not  involve the inherent creation of new sources of value that are completely disconnected from a business’ existing services or operations in order to position a business for longevity. Paradoxically, it is plainly adding value to existing processes that, at times, may not even be working well, or have outlived their relevance in the market place. Without prejudice, the creation of new sources of value may involve harnessing present organisational assets such as brand, infrastructure and distribution channels to create new businesses that replace existing ones which must inevitably die. The minimal process of value addition, therefore, cannot be applied to the process of exploiting disruptive markets to create futurist business ventures.
In light of the above, I have spent the last few weeks trying to figure out how I could best raise awareness on the importance of ‘value creation’ for our African and any other businesses for that matter, that are vested to remain relevant for at least 100 plus lifespans, as we have seen with the likes of IBM, Xerox, Dupont, Nokia etc as opposed to simply running fly-by-night short-term outfits. It is only last week, that I got the inspiration to validate my assertions on value creation, following a week spent in Zimbabwe as a guest at Econet Services, primarily surveying the state of innovation in the country.
The path to creating futurist innovation, which disrupts the business status quo of the day in order to solve for the unmet needs and wants of customers within an addressable market requires a different competitive mindset and a systematic way of looking at opportunities. While history repeats itself, and many a time the trends in business life-cycle processes are there for all to see, there are many businesses that have failed to execute the necessary logic required in remaining relevant with each cycle in product, technological and market evolution. One simply has to look at a onetime notable business such as Kodak, as good example of a business that failed to reinvent itself in the wake of digital evolution and found itself disrupted.Advertisement