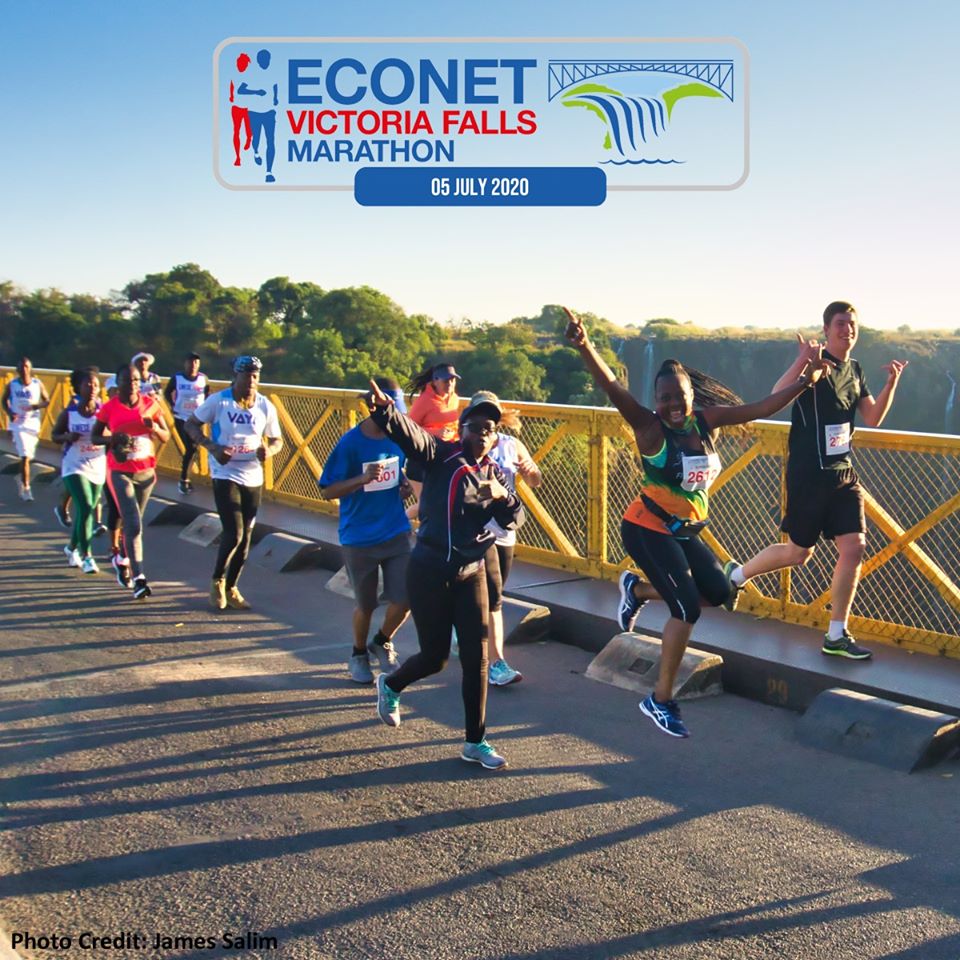 ONE of Zimbabwe’s most prestigious races, the Econet Victoria Falls Marathon is going to be a bigger, grander and internationally recognised affair this year and in 2021 after being recognised as a qualifier to the Olympic Games and the AbbottWMM Wanda Age Group World Championships.

The 2020 edition of the Econet Victoria Falls Marathon, which draws international participants, was initially scheduled to take place on July 5 at the popular tourist resort.

However due to the coronavirus pandemic which has led to cancellations and postponements of major sporting events both locally and around the world, the organisers were forced to reschedule this year’s event to December.

The organisers revealed that the change of the dates of the race to December, this year’s marathon will become part of the international qualifying series for the Olympics and the AbbottWMM Wanda Age Group World Championships.

“It is with great delight that we can announce that due to the new date change to December, the 2020 and the 2021 Econet Vic Falls Marathon falls within the 3rd edition of the Abbott World Marathon Majors Wanda Age Group World Ranking Series and is officially recognized as a qualifier to this highly acclaimed International Series,” Tim Hadzima, Executive Director of Abbott World Marathon Majors said in a statement.

“The interest and excitement around the series continues to build, and as the second edition is in full swing, we are busy working to expand into new locations for the third year. With the increase in world ranking races, we hope to give even more runners the chance to find a qualifying event within reach, and realize their dream of trying to make it to the world championships. Thank you to all our partners and race organizers who help us develop the opportunities for age group runners across the globe,” he said.

The qualifying period for the 3rd edition of the AbbottWMM Wanda Age Group World Championships runs from October 12 to December 31.

The Econet Victoria Falls Marathon, staged around the sight of one of the Seven Natural Wonders of the world, has become an important calendar date for marathon runners and fitness enthusiasts from around the world and for thousands of Zimbabweans.

It has also become a major draw card for local and foreign tourists.

The marathon is now in its 14th year and continues to grow, having attracted about 3 500 entries last year, with nearly half of the athletes coming from out of Zimbabwe, and some travelling from as far afield as Australia.

Besides the 42.2km full marathon, other events on offer include the 21.1km half marathon and 7.5km fun run.

The races start in Livingstone Road between the Avis garage and Zimpost car park and end at Victoria Falls Primary School.

In the females 42km category, Felistas Chitoshi was the winner after finishing in two hours 52 minutes and 31 seconds, ahead of veterans Chiyedza Chokore and Tabitha Tsatsa who romped home in two hours 58 minutes and 2 seconds and three hours six minutes and six seconds respectively.

A total of 3 518 runners from 43 countries including Zimbabwe took part last year.