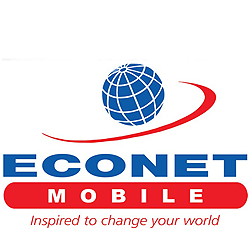 ECONET wireless can now resume its EcoLife insurance service which allows customers to get free cover as long as they meet a minimum monthly spend after an international arbitrator ruled in favour of the telecoms firm in its long running dispute with Namibia’s TrustCo Mobile.
It is estimated 1,2 million customers had subscribed to the product.
Former Econet Wireless chairman Tawanda Nyambirai said they had to terminate the product as the initial agreement with TrustCo did not permit the Zimbabwean telecommunications company to look for another technical partner.
“There was litigation and Trust Co was saying we cannot use another partner,” Nyambirai said.
Because of the arrangement, Econet could not look for another partner because they did not want any fights over this issue. Nyambirai said Econet did not owe anybody money as it was offering life cover for free to its customers.
The international arbitrator dismissed a claim by TrustCo that it is owed US$6,9 million by Econet and instead ordered that TrustCo should pay Econet US$455,500.
Ruling by the arbitrator, an international lawyer from South Africa, is the last chapter in the battle between Econet and TrustCo which has already been to the Supreme Court of Zimbabwe and also found in favour of Econet.
In 2010, Econet set up a life insurance service called EcoLife.
The popular service allowed Econet customers to get free life cover as long as they met a minimum monthly spend on their telephone service with the minimum threshold to qualify being airtime of only US$3 per month.  Customers did not pay any monthly premiums, as with normal insurance schemes.
The system set up by Econet used a computer software system developed by TrustCo with the Zimbabwean firm paying a license fee based on the number of customers using the service.
After almost a year of working together, Econet claims that TrustCo began to demand a higher fee for each customer than had originally been agreed, sparking a dispute that eventually led TrustCo to cancel the contract. Econet, on its part, was then forced to end the service altogether.
The parties ended up in a bitter court battle which went all the way to the Supreme Court of Zimbabwe, which ruled in favour of Econet. It was then left to a special arbitrator chosen by the two companies, to assess the actual financial claims leading to this week’s ruling.Advertisement

A spokesman for Econet said: “We are very pleased with this final ruling. Although we have won the court case, the software system used for EcoLife belongs to TrustCo. It is not possible to run it without this software. We are now free to look at other options.”