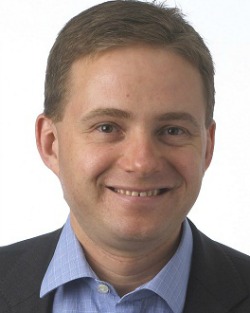 LIQUID Telecom, the African wholesale fibre network and satellite connectivity supplier has picked up French telecommunications equipment supplier, Ekinops, to complete its advanced fibre optic network running through South Africa, Zimbabwe and Zambia.
The expansion of Liquid Telecom’s Pan-African network is expected to “help bring the internet to areas starving for reliable, high-speed access”, said the companies in a joint statement. The new network is said to carry multiple 10G wavelengths, with the capacity to support 10G and 100G services.
The dense wavelength division multiplexing (DWDM) has been touted as an effective solution to “fibre exhaustion” which happens when fibre optic networks run-out of transmission capacity. DWDM technology enhances the bandwidth on existing optic fibres and allows for the transmission of various signals.
“We choose to build and own our fibre networks in Africa wherever possible, and we trust Ekinops to help us cross the massive distances found in this continent,” said Liquid Telecom CEO Nic Rudnick.
Liquid Telecom, a division of the Econet Wireless group founded by Zimbabwean businessman Strive Masiyiwa, has built Africa’s largest fibre network, which runs from the north of Uganda to Cape Town.
In total, its fibre network spans more than 13,000 km across Kenya, Uganda, Rwanda, Zambia, Zimbabwe, Botswana, DRC, Lesotho, and South Africa. Liquid’s fibre network is the first to cross country borders and covers Africa’s fastest-growing economies, where no fixed network has existed before.
“Typical long-haul optical networks require an amplifier site every 100km in order to amplify the signal. In rural Africa, with its wide open spaces, where the distance between towns can be more than 400km, this is a major challenge,” the two companies said in a joint news release on Tuesday.
The costs involved in building amplifier sites for every 100km and which includes installing generators, site security and setting up road access are said to be enormous.
This was the main challenge for Liquid Telecom and one of the key reasons it chose Ekinops, a company that specialize in long spans thanks to its DynaFEC dynamic forward error correction technology.
With normal spans, the network would have required 16 amplification sites but thanks to the long spans, Liquid Telecom was able to reduce the number of spans to five.Advertisement

“The costs of building an amplifier site every 100 km – including the power generator, site security, and roads to access the site – are enormous,” the two companies said in the release.
Jonathan Amir, the vice-president for Ekinops sales for the region, said: “With our long haul technology, we helped Liquid expand their optical network cost-effectively and overcome geographical challenges.”
He added that Liquid’s new fibre optic network “will enable millions of ‘new people’ to connect to the internet and we are very proud they chose us as their partner.”
The wholesale fibre network supplied by Liquid Telecom provides connectivity onto the five main subsea cable systems landing in Africa namely WACS, EASSY, SEACOM, SAT3 and TEAMs.