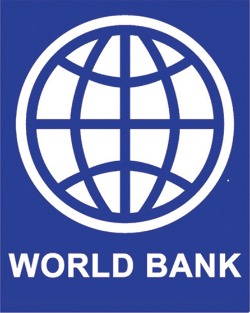 THE World Bank says Zimbabwe’s economic performance has been dampened by the continued slowdown of key sectors of the economy, amidst easing international commodity prices.
The bank said the 2014/15 outlook for the country’s ailing economy remains increasingly uncertain due to a host of internal and external factors.
In an update on the country’s economic performance, the WB said the rate of growth would greatly depend on the outcome of the agricultural season, international prices, and effective stabilization of levels of confidence of domestic investors.
Growth in Zimbabwe was rapidly fading, and after the 4,4 percent uptick recorded in 2012, growth projections for 2013 have been revised downwards to three percent, with little prospects for a recovery in 2014.
“Zimbabwe’s 2014-2015 growth potential could be boosted by stronger policy coherence, improved business climate, and overall improvement in the provision of basic services to firms and individuals,” the WB said.
The economy faces uncertainty from expected volatility in the global economy and, on the domestic front, worsening macroeconomic indicators and increased vulnerability of the banking sector.
As Zimbabwe’s external position has been supported by substantial short-term capital inflows, the situation would be compounded by the risk of capital outflows from emerging markets, as the United States Federal Reserve progressively unwinds its expansionary monetary policy.
Growth performance has been stymied by continued slowdown of the key sectors of the economy, amidst easing of international commodity prices, low investment, tight credit conditions, and policy uncertainty after the July elections.
According to World Bank, agriculture negatively impacted growth in 2013, and slightly contracted (-1.3 percent).
“The performance of the 2013 season has been largely below initial projections following the strong contraction in maize and cotton, due to the drought season; lower hectarage plated and subdued yields,” the bank said.
“Maize declined by 17,5 percent to reach 798 600 tons in 2013 which is 56 percent below the national requirement of 1.8 million tons.”
World Bank said the traditionally resilient cotton sector, which traversed almost unscathed the tumultuous decade long crisis, slumped in 2013, with an estimated 108 832 tons compared with 350 000 tonnes in 2012 as many farmers switched over to other crops in response to lower 2012 prices.  Advertisement