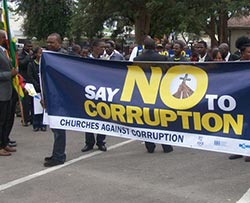 MANY are increasingly disillusioned by the government’s unwillingness to pragmatically and assertively push for a more enabling business and investment climate.
Granted, political leaders are not expected to be great economists or development experts, but they are expected to deliver on the promises they make to the electorate by assigning the right and capable talent in the form of economists, industrialists and consultants. These technocrats are expected to formulate and execute the economic transformation strategies in order for us to move forward as a nation. After all planning is fluid, and it is the right action on the ground that brings results.
The initial indications in the post-2013 election period were that of an invigorated government ready to furiously roll-out the ZimAsset programme, and reach out and mend bridges with willing foes and begin unlocking capital flows into the country. This was expected to be bolstered by boldly right-sizing the government administration, streamlining structures and operations to be lean and efficient, implementing of a results-based management system and a code of conduct for government officials.
The Communist Party of China deservedly deepened its hold on power by, first and foremost, relentlessly focusing on advancing the domestic economy. It deliberately put to the fore of developmental projects, cadres who were disciplined and seasoned technical experts in their various fields e.g. engineers, scientists, urban planners, geologists, economists, etc. As a result, a culture of hard work, efficiency, quality and pride in achievement took root. And without fear or favour, they ruthlessly dealt with corruption. Anyone, from the highest ranking party or government official right down to a cell member could face jail term if convicted of corruption. And the result of such a focused and disciplined approach and hard working culture is that more than half a billion people escaped a poverty stricken village livelihood as economic advancement benefits flowed. That was truly remarkable and spectacular.
Now, with the alarming and rampant levels of corruption that exist in Zimbabwe and which in some cases had the blessings of political god-fathers and mothers, there has been no single corruption trial by the courts of any senior political figure in as many years. At this rate, therefore, to expect the more damaging high profile corrupt activities to end anytime soon is like hoping to find teeth in a chicken’s mouth. And in the midst of our protracted economic meltdown stands such remarkable opulence and splashing of wealth by the usual suspects and the source of which remains opaque. It is no wonder then that the main beneficiaries of the current economic conditions will drag their feet when it comes to changing the status quo in order to move forward.Advertisement

Noel T Ngangira writes in his personal capacity and can be contacted at ntngangira@gmail.com