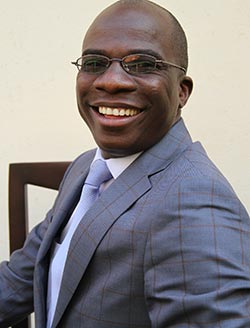 ZIMBABWE is over governed and should reduce its cabinet if the country is to create a fiscal space and spearhead economic development, a local economist and researcher has advised.
Prosper Chitambira said Zimbabwe is a 14 billion dollar economy with a population of 14 million but has around 60 government ministers and a public service wage bill which consumes over 80% of its budget.
A researcher at Labour & Economic Development Research Institute of Zimbabwe, Chitambira was speaking at a policy dialogue meeting in Harare this week.
He said cabinet was consuming more resources and, if reduced, the country would save and invest.
“We are talking about increasing our fiscal space, I strongly believe that as Zimbabweans we are over-governed,” said Chitambira.
“When you look at the structure and size of our government relative to our population and relative to our economy, and then we compare with countries like South Africa and America, there is scope for us to rationalize and even to reduce government expenditure in order to create fiscal space.”
Chitambira said the country’s taxation laws also need to be revised.
“There is also need for a scope on taxation reforms and I have written extensively on that. We need to look inwards.
“The idea of Foreign Direct Investment (FDI), yes, it compliments but we need first to put a strong focus and emphasis on domestic driven investment.
“An FDI without a strong domestic environment will not deliver outcomes that are pro poor outcomes that are inclusive,” he said.
Zimbabwe is looking for billions of dollars in FDI to revive the ailing economy and that money can only come after the country has made the environment conducive for business.
The Thursday dialogue was hosted by Transparency International Zimbabwe in Harare.
On Friday President Mugabe swore in new cabinet ministers including his nephew Patrick Zhuawawo.
Among the new ministers is former ZBC journalist Makhosini Hlongwani who became the minister without portfolio.Advertisement