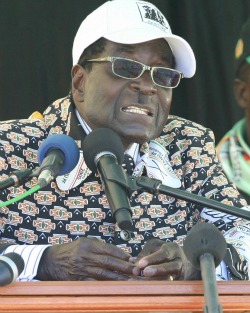 “War – the trade of barbarians, and the art of bringing the greatest physical force to bear on a single point.” Napoleon.
THIS is Part II of my article (you can read Part 1 here) which focuses on the radical change required to grow the Zimbabwean economy. Whilst we’ve managed to stabilise the economy, to turn it around completely and allow it grow is going to be arduous, slow and painful, yet not all together impossible.
We should look at the Zimbabwean economy as a bare piece of fertile land. We should ask ourselves which economical seeds should we plant and nurture; which will reap the most rewards? Which economical seeds will germinate in the shortest possible time, with as little capital input as possible and weather the harsh economic conditions we find ourselves in? I have identified a few which will grow deep roots, branch out and diversify our economy and provide the basis for further growth to other sectors. Zimbabwe needs to engineer its economy if it truly expects it to recover and grow.
Zimbabwe should not just focus on agriculture and mining but should look to copy other economic success stories or miracles for its own blue print; the one that has drawn my attention is that of Japan which has a loose binary economic policy. Japan did not become economically prosperous by adopting the Western version of capitalism. Yes, I was also shocked to hear that Japan in essence is not a capitalist economy. Japan became prosperous by making a deliberate investment in heavy industrialisation. They did not rely on the so-called market forces in their investment judgements; they simply made the products and the markets created themselves.
The Japanese realised that the secret of success in any human endeavour lies in “the art of bringing the greatest physical force to bear on a single point”, or more correctly, on the strategically most important single point. As capital is the strategically “greatest physical force”, they brought this down to bear by investing in heavy industry, mass production, and human capital. They restructured their education system to have more engineers and technically inclined human capital that would be able to deliver higher labour productivity on their capital investment in heavy industries and mass production. It was an efficient and effective allocation of resources to maximise labour productivity per person that led to Japan’s success.Advertisement

Most of the sectors in the Zimbabwean economy are, to a large extent, already indigenised anyway; the main problem is what I have stressed earlier, that this indigenisation is not broad-based but limited to only a few individuals with capital. In brief, the sector by sector analysis shows the following:

The Agricultural sector – whilst the farming part of the sector is generally indigenised, the agro-based industries need to have more indigenous representation.
The Manufacturing sector is largely foreign-owned with white Zimbabweans owning the larger part of the manufacturing sector in terms of number of companies, turnover and fixed assets.
The Mining sector is also largely foreign owned (75%); a look at the dominance over our platinum by Implats/Zimplats which is a South African subsidiary should be a cause of great concern. They have been the biggest investor in Zimbabwe so far, but then again they have been the biggest beneficiary in terms of return on investment. Our platinum has benefitted the South African economy more than the Zimbabwean economy and this has to be addressed urgently as the indigenisation deal signed did not change the status quo.
The Financial sector is largely indigenised (75%), but again it is not a broad-based indigenisation. Is it better to have one banking mogul or would it not be fairer for the bank employees to own shares in the bank and also generate income from their investments and accumulate capital?
In the Health Sector the Government owns 70% of the health sector facilities.
The Telecommunications sector is largely indigenised with government controlling a large share of this sector. Again the majority of the wealth is in the hands of a few.
The Construction sector has been assisted through a deliberate policy by Government to promote indigenous players. The awarding of contracts to indigenous companies has greatly helped the sector. About 60% of registered indigenous building contractors are in the low capacity categories and cannot bid for projects exceeding $33 million. In terms of numbers, indigenous companies make up about 88% of the companies in this sector. They are dominated by non-indigenous players both in terms of value and market share. Through the Government’s affirmative action programme issued in 1993, Contracts in the B to G category are awarded to indigenous firms and there is a 10% preferential treatment weight in favour of indigenous firms in respect of huge contracts in the A category.
In the Tourism sector non-indigenous investors currently dominate the tourism sector while indigenous players constitute a small group of investors. Indigenous investors account for 35% of the sector’s contribution to GDP. To date a sizeable number of indigenous operators have entered into sub-sectors such as tour operators, safari operators, lodges and guesthouses. As part of efforts to support indigenisation, the majority of hunting concessions in the National Parks and Wildlife Management Authority areas have been awarded to indigenous people. The Authority is also involved in the training of hunters and guides. Game Safaris, under the Forestry Commission has adopted similar strategies to those of the National Parks and Wildlife Management Authority in empowering indigenous people.
In the Transport sector indigenous transport operators dominate the rural conventional omnibus and metered taxis but only control 25% of freight hauling. The railway sub-sector is 100% state owned through the National Railways of Zimbabwe (NRZ). Indigenous aircraft operators own about 5% of the aircraft fleet while non-indigenous operators own about 83% of the fleet. The balance of 12% is owned by the state.
The Energy sector is dominated by state owned agencies such as Zimbabwe Electricity Supply Authority (ZESA) Holdings for electricity, National Oil Company of Zimbabwe (NOCZIM) for petroleum fuel and Hwange Colliery Company for coal.
The Services sector is largely indigenised, indigenous businesses in this sector include Chartered Accounting firms, Architects, Associations of Zimbabwe Consultants, Law Society of Zimbabwe and Small Scale Service providers affiliated to Zimbabwe National Chamber of Commerce (ZNCC). Indigenous women dominate the small and informal sector businesses. The funeral sub-sector has also seen more indigenous participation due to the increasing mortality rate.

It is clear from the above that the most labour productive sectors of the economy have not been indigenised i.e. Manufacturing and Mining Sector and the government needs to concentrate on these sectors as a starting point for the legislation of ESOPS. The Community Share Ownership Trusts being set up need to be more transparent and genuinely benefit the communities. Power to ALL the people, not just a few!
Chinese power plant
One of the main objectives of indigenisation is to supposedly stop capital flight i.e. it’s supposed to prevent capital which is being earned by foreign companies (or individuals) operating in Zimbabwe from being deposited (and used) inside Zimbabwe to the detriment of our own economy; and subsequently causing a liquidity crisis. A good example of this is China Africa Sunlight Energy (CASE) Limited which plans to invest $2.1 billion in coal mining, building a 2,100MW power plant fuelled by gas (and possibly coal) in Lupane, Zimbabwe. They intend to start off by building a 300MW power plant by mid-2015, which sounds good on paper, but this example shows how “capitalism of the few” works. Here is my problem with this set up; CASE Ltd claim to have already invested US$20 million in exploration alone which quite frankly is rubbish, or has been misinterpreted by the press since to prove out the gas reserves required to fuel a 300MW power plant only requires a geophysical sounding survey followed by exploration drilling which costs less than US$200,000.
You only need to drill about 10 core sample wells which will indicate how much probable Coal Bed Methane (CBM) gas reserves in place. The test results on these samples can be used to obtain a third party bankable certificate, meaning you can approach financial institutions and use this bankable certificate to secure finance to build a power plant. The bankable certificate can be used as collateral and tells you how much gas you have in place, and more importantly what it’s worth. Now, due to the way our Mines and Minerals Act is set up, the Chinese company will only need to invest approximately US$15 million to drill a further 400 production wells to extract enough Coal Bed Methane (CBM) gas to fuel their 300MW power plant. I’m guessing that they will probably be able to sell the electricity generated to ZESA/ZPC at about US6c per kWh. A 300MW power plant will normally operate at full load capacity, so the power plant will generate 300MW x 24hours a day x 365 days each year = 2,628 GWh per year, and at US6c per kWh this translates to US$158 million in electricity sales.