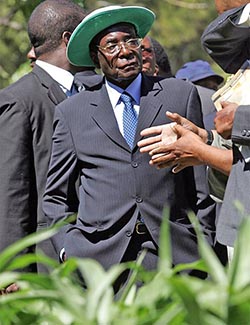 LET me start off with Ruskin’s quote: “No man can become largely rich by his personal toil, but only by discovery of some method of taxing the labour of others.”
How did Bill Gates, Warren Buffet and company become billionaires in one lifetime without somehow exploiting the labour of others? Well quite frankly it’s impossible.
With regards to how to grow the Zimbabwean economy we’ve seen it all and heard it all, I’ve read all the long-winded, big worded articles, all well-articulated, yet with very little substance. The devil is in the detail. Whilst criticism comes easy, feasible solutions to the current economic problems clearly do not. I myself am not an economist, so I am not an expert on the matter. But every article that I have read from the “experts” does not seem to address the core problem of Zimbabwe’s economic decline and stagnation. It is obvious that capitalism in its current form does not work, for if it were so great, how do you explain the poverty which continues to exist even in the most prosperous nations?
Before my father passed away in 1997, he wrote a book called “Capitalism of the Masses” in which he put forward his ideas on what was wrong with the Zimbabwean economy at the time (back in 1993 believe it or not), and how it would eventually collapse if we did not address the pending crisis. Well, he was right! It was tragic that at the time other people did not have his kind of foresight. I never quite understood what my father was going on about at the time. He was continuously criticising the government, which let’s be honest, at the time a good 99.9% of the population thought was doing a fantastic job. That is until I re-read his book “Capitalism of the Masses”. This book is essentially an analysis of the Zimbabwean economy in the 80’s through to the 90’s and what was being done wrong and how the economy could have been saved from impending disaster by turning it around through adopting this “Capitalism of the Masses”. Now, “Capitalism of the Masses” is not a new or radical idea, it was first proposed by Louis Kelso and Mortimer Adler and called “Binary Economics”; also see their book The Capitalist Manifesto (1958).
Not being an economist, I decided to familiarise myself with the terminology, concepts and ideas behind microeconomics (which deals with economics of consumers, households or individual firms) and macroeconomics (which is the branch of economics that studies the overall working of a national economy). Now, please take into account the fact that I actually did quite OK in my “A” Level maths and subsequently went on to study mechanical engineering at the UZ way back in 1997, before continuing my engineering studies in the UK. So I would like to think that my understanding of mathematics is not bad. I have to admit though, that in my quest to understand the basics I could not get my head around some of the ideas and so-called “theories” in macroeconomics. It is not that macroeconomics is difficult; it’s just that it does not make any mathematical sense, nor does it follow the simple rules of pure or analytical maths and calculus. It is a good pretender.Advertisement