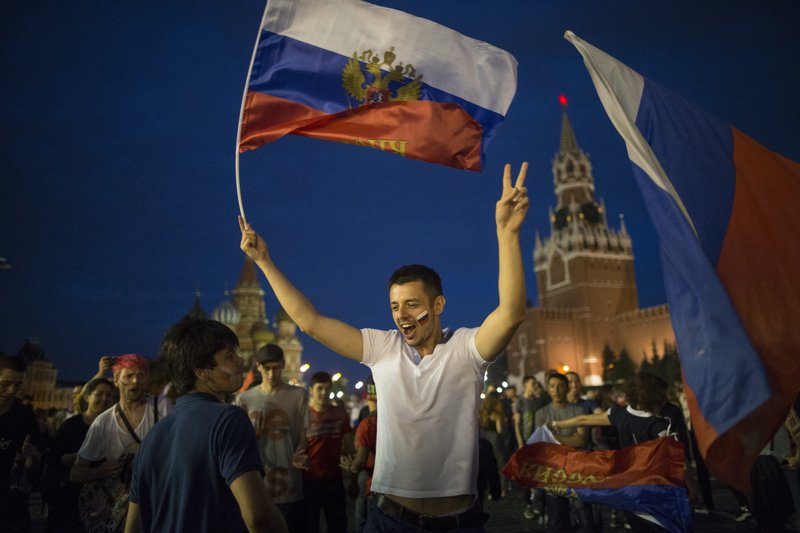 MOSCOW: Most Russian fans just hoped that this World Cup team would not embarrass itself at a home tournament. Now they are ecstatically flooding the streets to celebrate a massive upset with hopes for more.

Russians partied loudly in the center of Moscow Sunday night after their team beat Spain to reach the quarterfinals of the World Cup for the first time since the Soviet era.

Even those who lost money on the game were cheering.

Fans climbed lampposts to cheer and some wore false mustaches in imitation of coach Stanislav Cherchesov. One said he’d bet 1,000 rubles ($16) on Spain but was happy to lose.

The celebrations crossed political divides too.

“YEEEEESSS! We need to announce a series of protests demanding (goalkeeper Igor) Akinfeev is made a Hero of Russia,” wrote opposition leader Alexei Navalny, who has spent numerous stretches in detention over his involvement in protests against president Vladimir Putin’s government.

One of Navalny’s campaign staff, Ruslan Shaveddinov, messaged that everyone should head out onto the streets to celebrate, adding a hashtag which translated to “for a tweet like this you can get (sentenced to) 30 days.”

Russia’s usually strict laws against unsanctioned public gatherings have been effectively suspended for World Cup celebrations, with Nikolskaya Street in central Moscow transformed into an around-the-clock space for fans to party. Police there turn a blind eye to drinking on the street, which would usually attract a fine.