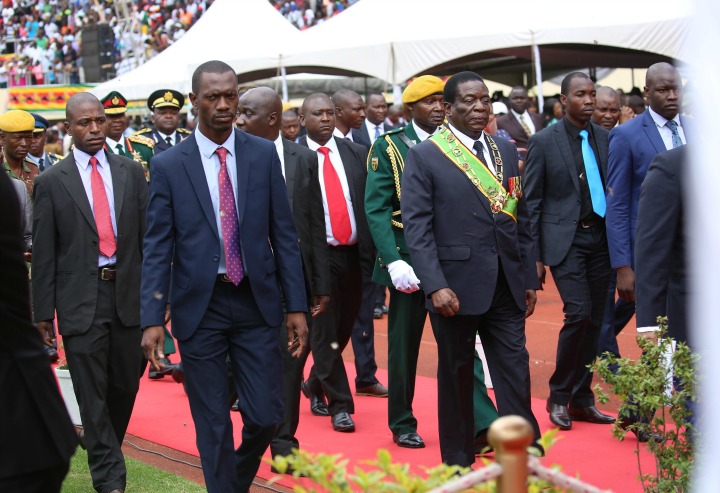 President Emmerson Mnangagwa has admitted that the past leadership (including him) has made gross mistakes that have contributed to lack of development and loss of opportunities for the country and its populace pledging to make Zimbabwe a middle income country by 2030.

The President, who presided over the 38th independence celebrations of Zimbabwe at the national sports stadium for the first time as the country’s new leader after the November coup that saw former president Robert Mugabe being forced out of office, underscored the need to rapidly work on the economic growth and pursue transformations.

Mnangagwa, in his 33-page speech, told thousands of people who came to celebrate the event that the occasion marked “a renewed significance, as they are the first under the new dispensation in a new Zimbabwe.”

“Our 38 years of independence have not been without challenges. Mistakes have been made, opportunities have been missed. In recent years, progress has not been as smooth as we would have liked,” said the president.

Mnangagwa’s government has been under pressure to turn around the economy and create employment for millions who are living in abject poverty.

He has also faced criticism from relatives and friends seeking an apology for the massacre of their loved ones during the 1980’s (Gukurahundi era) and those who were killed in the year 2008 during political skirmishes that saw the disappearances and deaths of close to 400 opposition MDC supporters.

In his speech, Mnangagwa also paid tribute to heroes and heroines of the liberation struggle stating that his government is committed to deliver the vision as he recognised those who called for a new Zimbabwe during the coup period.

Zimbabweans took to the streets in support of the army in removing Mugabe who stayed at the helm for 37 years.

“This year’s celebrations have a renewed significance, as they are the first under the new dispensation, the first in a new Zimbabwe. Today, we remember all our heroes and heroines of our liberation struggle who paid the ultimate sacrifice so that we may enjoy our freedom and national self-determination. We are rekindling the pride in being Zimbabwean,” said Mnangagwa.

“We have set out our national vision to be a middle income country by 2030, with increased investment, broad based empowerment, decent jobs, and a country free from poverty and corruption,” he added.

He, however, ignored the current industrial job action by nurses and their subsequent dismissal on Tuesday by the government though in his speech, he promised to revitalize the social services sector with a focus on the health delivery system.