Do as I say...President Emmerson Mnangagwa
Spread This News

PRESIDENT Emmerson Mnangagwa, whose government has banned foreign travels among civil servants while discouraging similar excursions among rest, was this Saturday expected to jet to Namibia to attend the inauguration of the SADC country’s leader Hage Geingob.

The Zimbabwean leader has come under fire for indicating right and turning left after he this week assembled thousands of party followers to a Zanu PF rally in Nyanga, a day after he decreed a blanket ban on all gatherings of more than 100 people.

His deputy Constantino Chiwenga is in China to receive treatment for chronic ailment.

Zimbabwe recorded its first confirmed case of coronavirus, bringing panic among locals who have been reading in the news about a disease threatening to decimate the entire world population. 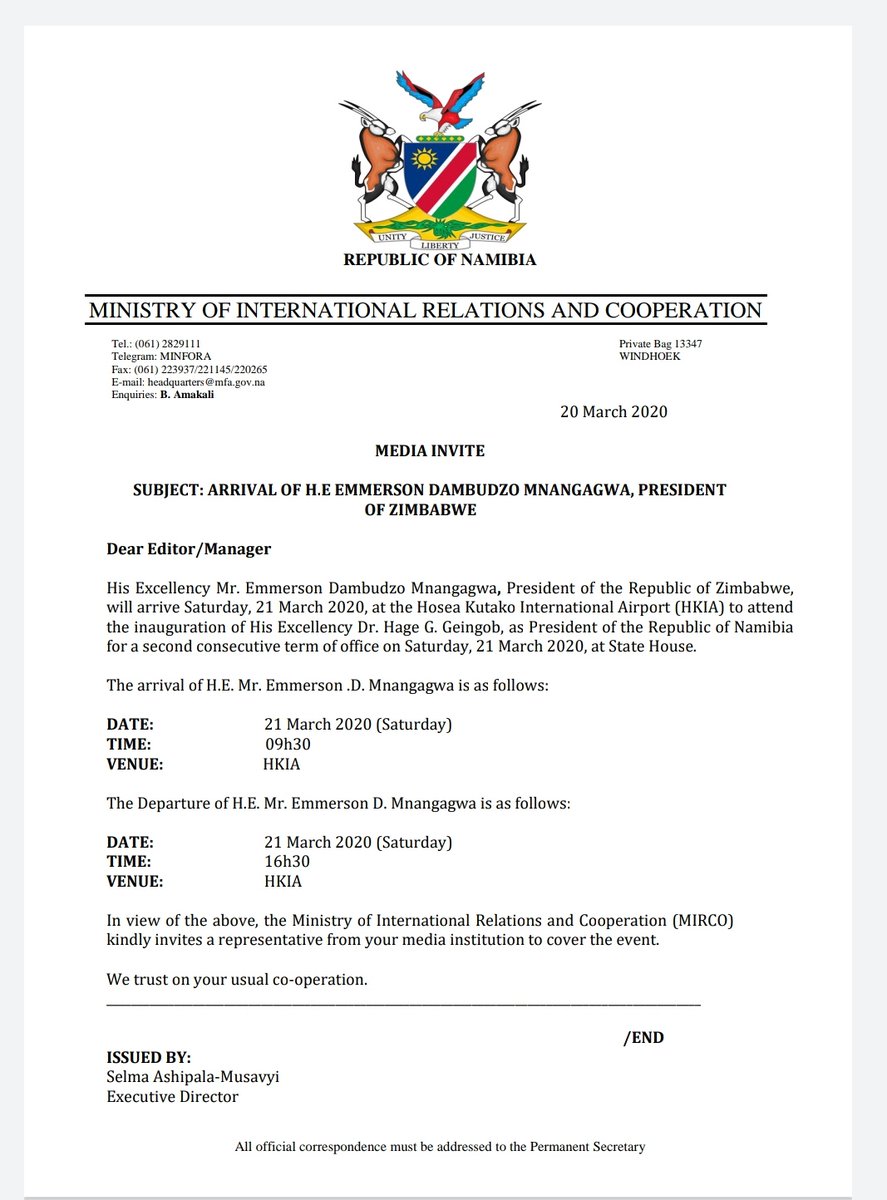