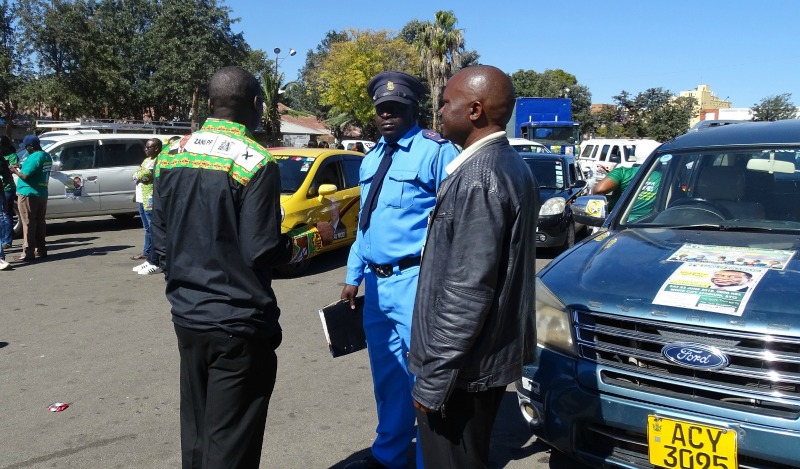 ZANU PF supporters on Friday clashed with Bulawayo City Council officials after they forced entry into the Bulawayo Large city Hall car park without paying parking fees for their cars.

The city council charges $1 per hour per car to park while heavy vehicles such as buses and trucks pay $2 for the same duration.

“Please you are supposed to pay parking fees for this place. You cannot just drive your vehicles into the parking area without paying. Please let us respect the council,” said the guard who kept on following one of the party’s leaders demanding the parking fees.

After realising that the Zanu PF supporters were driving their vehicles into parking space free of charge, some ordinary citizens also parked their vehicles without paying the fees.

The Zanu PF man who could not be identified tried to apologize to the council for the incident but the council officials insisted that they should pay for using the facility.

The Zanu PF supporters had gathered in the car park as part of a road show to drum up support for Mnangagwa who will be addressing a rally at White City stadium on Saturday.

This is not the first time that Zanu PF supporters have refused to pay council levies.

The spokesperson of the Nelson Chamisa led MDC –T, Tabitha Khmalo condemned the move by Zanu PF to refuse to pay for services to council.

“Recently vice president Chiwenga was accusing the MDC of running down council. How can councils develop when other people refuse to pay council for services rendered? Where do you expect council to get the money for service delivery when some people consider themselves as superior than others,” she said.