Mnangagwa, in his heads of arguments ahead of the legal showdown Wednesday, rubbished Chamisa’s technical experts led by Kenyan mathematician Edgar Ouko Otumba, dismissing the latter as dubious with qualifications in nothing more than “Sugar Board related matters” and not elections.

“His (Otumba) analysis progresses from data of questionable integrity and sources. Some of figures are of mysterious origins. He relates to sample-based extrapolations predicated on behavioural patterns that have no scientific precision,” said the Zanu PF leader.

“(Otumba) makes inconclusive findings as regards the possible causes of the alleged variances and anomalies. His evidence is not proof beyond reasonable doubt,” Mnangagwa said.

“The matter at issue is the actual numbers in the election. While Dr Otumba is clearly an expert in mathematics and statistics, there is nothing in his knowledge, skill and experience to suggest that he has any scientific, technical or other specialised knowledge on elections.”

Mnangagwa did not stop there, taking pot-shorts at the Kenyan.

“According to his CV, the only election he appears to have advised on was in 2005, and related to the election of directors of a Sugar Board … that last sentence regarding his 100% success rate shows that Dr Otumba is aware that the experience required is that of analysing elections, and not just looking at numbers.”

According to Mnangagwa, Chamisa also failed in his petition to trigger section 93 (3) of the Constitution to force an inquiry into the election, arguing the application was fatally defective and does not meet requirements establishing jurisdictional circumstances.

“On this further basis, the application must be dismissed with costs at the legal practitioner and client scale. 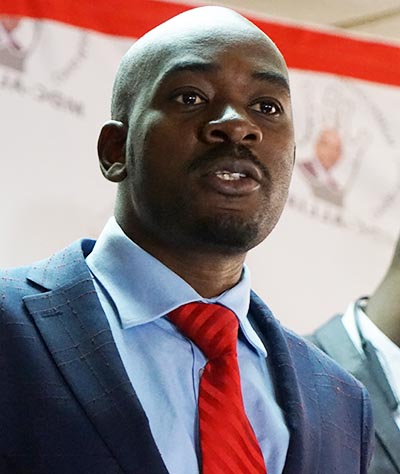 With Chamisa having cited all other presidential candidates as respondents, Mnangagwa in his heads demands that the ConCourt strikes off notice papers filed by opposition leaders Noah Manyika, Daniel Shumba, Violet Mariyacha and Elton Mangoma, on the basis that their notices of oppositions were disguised applications.

On Manyika in particular, Mnangagwa argues that his notice of opposition was crafted by MDC Alliance officials Jacob Mafume, a council winning candidate in Mt Pleasant.

“The disguised applications have been lodged outside the peremptory time period provided for in the Constitution and in a form and manner that is impermissible.”

The Zanu PF leader won the contentious election by a slim 50.8%, just enough to avoid a run-off but Chamisa argues the results announced by the Zimbabwe Electoral Commission (Zec) are fake. 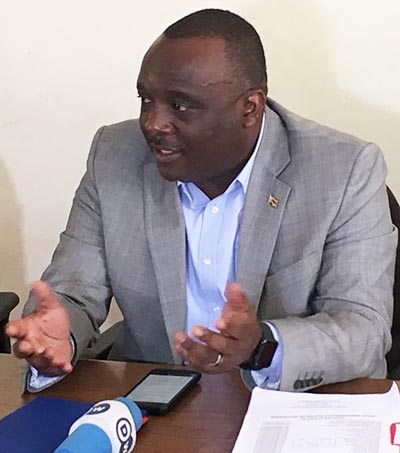 Mnangagwa on the other hand Chamisa did not file a proper petition with the ConCourt maintaining the opposition leader had missed a Constitutional deadline.

“There is no valid challenge to the declaration of the first respondent (Mnangagwa) as the winner of the elections.

“A challenge to this election of the President must be lodged within seven days after the date on which the results were declared.

According to Mnangagwa, Chamisa’s application ought to be dismissed on the basis that he had “scandalized the court” hence he was approaching the bench with dirty hands after “publicly declaring that our courts are an appendage of the first respondent’s (Mnangagwa’s) party (Zanu PF), and are involved in a conspiracy to undermine his perceived certain ascendency to the presidency of Zimbabwe”.