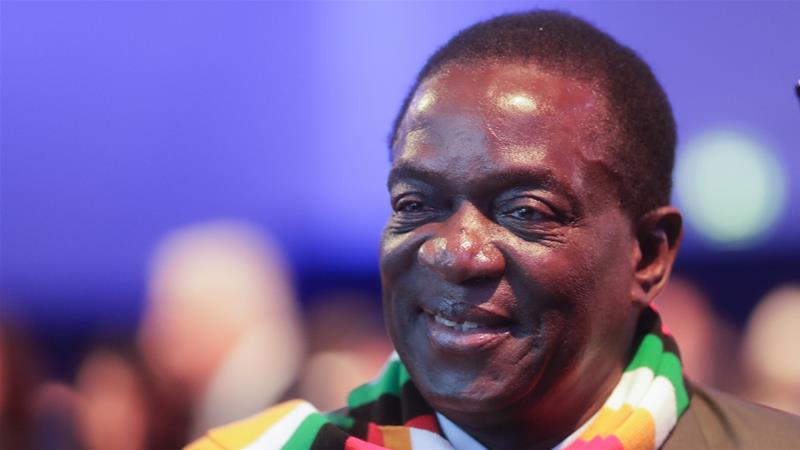 TOP Zanu PF officials have met with representatives of the lesbians, gays, bisexual and transgender (LGBT) community with signs President Emmerson Mnangagwa was keen on mending bridges with old enemies to bolster his election bid.

The surprise development was confirmed by Gays and Lesbians Association of Zimbabwe (GALZ) director, Chester Samba who said they met war veterans secretary general Victor Matemadanda who was in the company of his Zanu PF colleagues.

Samba said the meeting follows a letter he and his association had written to the ruling party requesting the Mnangagwa led government to come clean on its position on the affairs of the LGBT community.

“What came out of the meeting was the pledge and they also responded that they will be coming back to us with a more formal response around the issues that we tabled in the meeting,” Samba said.

“We highlighted how we in the LGBTI community were affected by the climate of intolerance that perpetuated previous elections, the use of hate speech that impacted on our community…and also the use of state machinery to clamp down on LGBTI activities in our communities.”

The meeting could signal a surprise departure from the ruling party’s tough stance towards gays when the country was still under former President Robert Mugabe who once described gays as worse than pigs and dogs.

Under Mugabe, gays and lesbians endured some harassment by State security coupled with continued ridicule.

Mnangagwa is keen to woo support in his election bid next month as well as attract assistance from the rich West that has never hidden its desires to see conservative but economically dependent Africa accept gay rights among fundamental citizen freedoms.

Samba commended the State leader for his overtures towards those perceived to be Zanu PF’s sworn enemies.

“This is commendable in that Zanu PF is willing to come to the table and have conversations with different individuals, groups or societies historically that have never been able to engage with them,” said Samba.

He added, “We are coming from a situation where previous elections were marred by the use of LGBTI identities de-campaigning by the former president, individuals or political party hence that affected our communities who participated in those processes.”

“So we were trying to establish from Zanu PF what is being done for our community’s safety.”

The GALZ director said they have also been approaching other political parties competing for State power in the July 30 elections to gauge their views on gay rights.