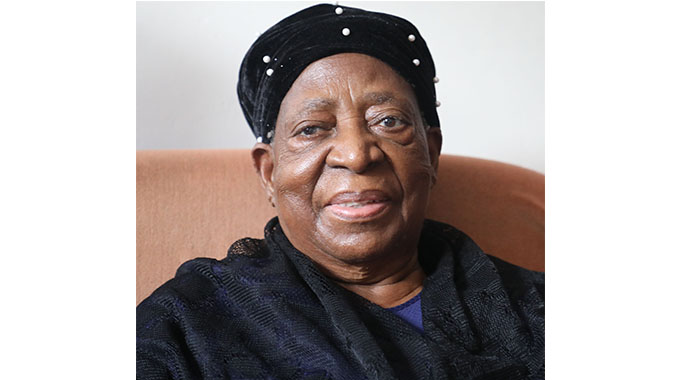 Spread This News
By Thandiwe Garusa
LATE former first lady Janet Banana will receive a state-assisted funeral, the government has said.
Banana died Wednesday from a kidney ailment at Mater Dei Hospital in Bulawayo.
In a statement,  Thursday, President  Emmerson Mnangagwa said the government has authorised a state-assisted funeral for the late former first lady.
“The country remembers her with fond memories and administration for the important roles she played during the days of our liberation struggle and as our First Lady. During the struggle for our independence, the late former first lady exhibited courage and bravery as she endures persistent harassment at the hands of the Rhodesians for supporting her husband, the late president of the Republic, Reverend Canaan Sodindo Banana in his activism,” Mnangagwa said.
“To the very end of her husband’s life and her own, she remained a strong pillar of support to both her husband and children.
“We shall not forget her as mother of our nation. She carried herself with simplicity and dignity. Our country is all the poorer with her passing on.
“On behalf of the party, Zanu  PF government, the First Lady, my family, and indeed on my behalf, I wish to express my heartfelt condolences to the Banana family, especially to the children who remain and have lost a loving mother. “May I assure them of our support during this their darkest hour of grief.  I have directed that the former First Lady be accorded a state-assisted funeral,” said Mnangagwa.