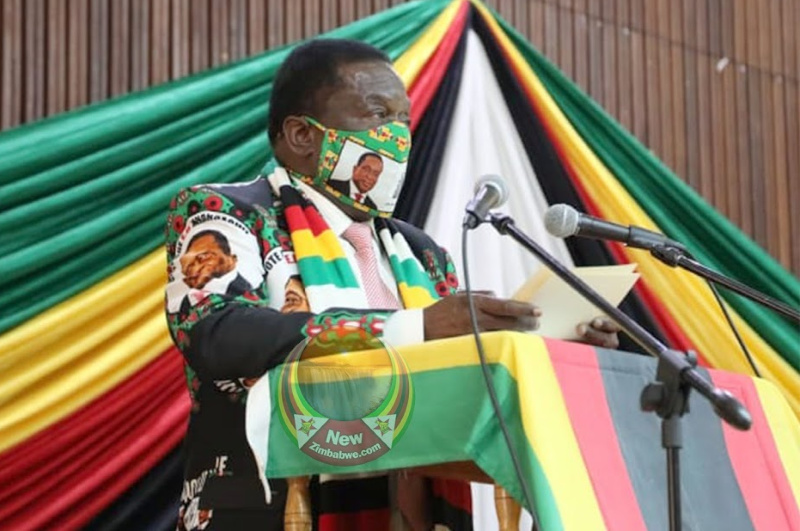 PRESIDENT Emmerson Mnangagwa says his government will resist attempts by the enemy to hire Zimbabwean political activists to render the country ungovernable.

He was addressing a Zanu PF politburo at the party headquarters Wednesday where he also rubbished “fake” abduction claims by MDC MP Joanna Mamombe and her two party colleagues.

Mnangagwa said his government will not tolerate apparent aggression by the foreign enemy using Zimbabwean faces.

“Let us refuse to be divided by vigilantes’ who are hired by hostile foreign governments to distract us from our quest to grow our economy and improve the quality of lives for all, in peace, unity and love,” Mnangagwa said.

“These acts should never be tolerated. I urge the party and nation, to remain alert.”

They claim torture and sexual assault in the hands of their captors who later dumped them in Bindura.

Mnangagwa felt the protest, together with other acts of government resistance were a direct attack on his under-fire administration.

“These confrontational actions which played out in the political, economic and media arena, were not isolated incidences but well-orchestrated coordinated and planned events.

“I am aware that the intention was to cause despondency, unrest, violence and to render the country ungovernable,” he said.

He said the country’s security apparatus will not sit idle amid the threats.

“Comrades, rest assured that our security apparatus will get to the bottom of these machinations and those involved will be brought to account,” he said.

Mnangagwa said a foreign hand was behind “fake”claims of abduction by the MDC activists.

“In the last few weeks, we have witnessed an upsurge in the unwarranted onslaught against the party, government, its leadership, policies and programmes.

“This culminated in the purported abductions of three MDC-Alliance linked activists.

“To date, more information has come to light to which Minister of Home affairs and Cultural Heritage has made a detailed statement,” he said.

He added, “Concurrently, during this period was the resurgence of hate speech and language which are not characteristic of the values we seek to be embedded in our country under the second republic. This vile culture must be rejected by all peace-loving people.

“These acts should never be tolerated. I urge the party and nation to remain alert.”