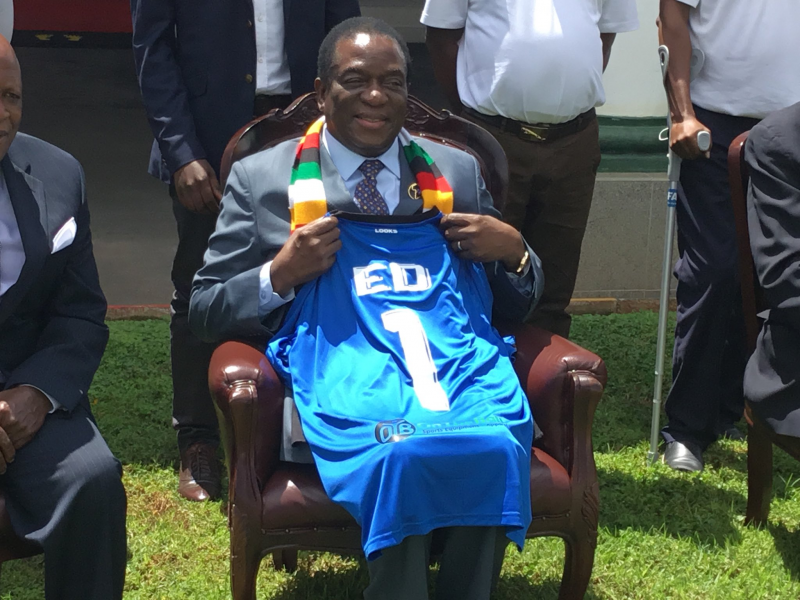 PRESIDENT Emmerson Mnangagwa hosted the leadership of Premier Soccer League giants, Dynamos at State House in Harare, Friday in a move which has ignited fresh hopes that the country’s most popular sport could be given the green light to resume by the government.

The meeting with the Dynamos officials came after Mnangagwa hosted Bulawayo soccer giants, Highlanders FC at the Bulawayo State House and promised to assist the club with their gold mining venture.

Presidential spokesperson George Charamba confirmed the latest meeting which he said was part of Mnangagwa’s support to the most followed sport.

However, no local games have been played since November 2019 due to the Covid-19 pandemic.

While other sporting codes have been allowed to resume, football has remained in the doldrums, with the frosty relationship between the Zimbabwe Football Association (ZIFA) and the Sports and Recreation Commission (SRC) hampering any hopes of a swift return.

Charamba said the Dynamos leaders, who have been pushing for the government to allow the domestic league to resume, appraised Mnangagwa on the challenges they are facing.

“This morning, President Mnangagwa met the executive of Dynamos Football Club as part of his support for the national sport which has been frozen by Covid-19 pandemic,” Charamba said.

“This inactivity has created financial challenges for most clubs in the country, motivating the President to take a keen interest in their fate and how it can be improved. Football remains the leading sport in the country.”

Mnangagwa was also presented with a Dynamos shirt with his initials at the back.

“The club gave the President its iconic jersey bearing his initials. A few weeks back, (he) met with the hierarchy of the Highlanders Football Club to listen to challenges they face in the wake of Covid-19 pandemic which has stymied contact sporting activities worldwide.”

Some of the Dynamos officials who were part of the visit include former Information Minister of Information Webster Shamu, who is the club’s patron and the club’s secretary general Webster Marechera.