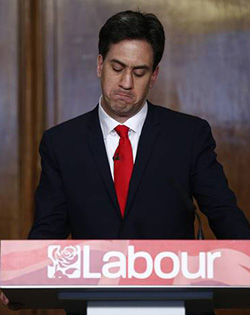 IN HIS memoir, Believer: My Forty Years in Politics, David Axelrod, the former aide to President Barack Obama, writes that, during the 2008 Democratic presidential primary, “I recognized the opportunity Hillary (Clinton) had handed us.”
Clinton had warned the nation against Obama’s soaring rhetoric for change: “We don’t want to be raising false hopes about what can be delivered.” For Axelrod, the “opportunity” was to double the dose of soaring rhetoric, creating the image of Obama as the man who would come to Washington to change its politics, and the nation.
In reflective mood in his memoirs, Axelrod “all but acknowledges that raising false hopes was his business” — as former New York Times editor Joseph Lelyveld puts it in a review of the book. Since leaving Obama, Axelrod founded the bipartisan Institute of Politics at the University of Chicago, and has taken on lucrative consulting jobs. One of these was to advise Mario Monti, the former prime minister of Italy, in his 2013 election campaign. Monti came fourth.
Nothing daunted, the British Labour Party hired him, at a fee reported at just over $450,000, to craft the strategy for leader Ed Miliband. Axelrod was said to have visited London only three times, and in a message to the Labour leader, misspelled his name. Labour crashed to a bad defeat on Thursday night: one of the victims was Shadow Foreign Secretary Douglas Alexander, who as election co-ordinator, hired Axelrod. Like nearly all Scots Labour candidates, Alexander lost his seat.
Axelrod had given Miliband a script which had rhetoric almost, at times, as soaring as Obama’s. Miliband told the nation that he would end the cuts and the austerity visited on a hapless UK by the Conservative-Liberal Democrat coalition. But Cameron — who also tossed promises around, though fewer — was closer to the mood of England. That was, that the economy is growing, don’t spoil it; and don’t vote for a government which depends on the votes of the Scots Nationalists.
I wrote “the mood of England”; for Scotland now seems like a foreign country. The Scottish National Party (SNP) wiped Labour off the map of Scotland — a map they had dominated for half a century. Though a referendum last September showed a solid Scots majority – 55 per cent – for continued union, the Nationalists had seized the sentimental part of the Scots political psyche; the belief that public, perhaps even private, life could be transformed by the notion of “governing ourselves.” Now, every kind of nationalist party, left or right, will see this surge as an example to follow.Advertisement

Since secession from the Union isn’t a problem in the United States, an American election expert could not be primed to produce a strategy to combat it. Lynton Crosby, the Australian who moved to London to oversee the Conservatives’ strategy, did have a feel for it.
He made the threat of a Nationalist-dominated Labor government the centerpiece of the Conservative campaign. It worked. People talked about it in pubs and at work. Scots aren’t unpopular in England — as a London-residing Scot I can vouch for that — but the English, 84 percent of the UK population, don’t want to follow a political agenda set by Scotland’s 8 percent. It was a fear not without reason; and the Conservatives hammered it mercilessly.
With a victory and a parliamentary majority he did not expect, Cameron now dominates the political scene. Naturally, he has some challenges. The largest, for Britain’s future, is his promise to hold a referendum by 2017 on whether or not the UK should remain a member of the European Union, which it joined in 1973.
The prime minister wants a more detached relationship with the EU, but he doesn’t want to leave it – though a large slice of his party does. He’ll have to get some changes in the relationship large enough to impress the doubters, in negotiations he’s set to have with his European colleagues.
They — especially Angela Merkel of Germany — don’t want the UK to go either, since it would further weaken an already fragile Union. But they can’t give away the store. The negotiation will be a vivid portrait of how strong — or how weak — the EU now feels itself to be: and how many other members wish to follow the UK in loosening the conditions for membership.
At stake is the future of an institution pledged to “ever-closer union” — that doesn’t have the crucial fiscal and political powers needed to create a federal state of Europe. National political interests have always trumped closer union. Cameron is about to call his fellow European leaders’ bluff.
The government thus confronts two of the most serious, and existential, political challenges any government has faced since World War Two. It must strive to keep Scotland, run by a hostile, left-wing, pro-independence party, in the Union; and it must convince other Europeans to allow a loosening of the conditions of membership.
The argument Cameron wants to make at home is that the EU is little more than a free trade area with some useful mutual agreements attached. How far he succeeds will show us how far European leaders still believe in “ever-closer union” – or how far they, too, will settle for an end to the grand European narrative in favor of enhanced cooperation.
To succeed in both of these will take political maneuvering of a very high order (and a good deal of luck). David Cameron has been routinely underrated by his opponents, and by many commentators, as a politician who believes in little, a rich man’s son with an elite education who slid into politics via public relations.
That script has to be rewritten. He emerges from this election as a formidably subtle and stubborn politician. His first promise in the morning, as he realished his victory, was to run the UK as “one nation”: the old slogan of left-wing Conservatism, combining patriotism with liberalism, pro-business policies while underpinning the public sector, especially the health service.
With that flag hoisted, he might avoid the rocks ahead. And he won’t be hiring Axelrod.