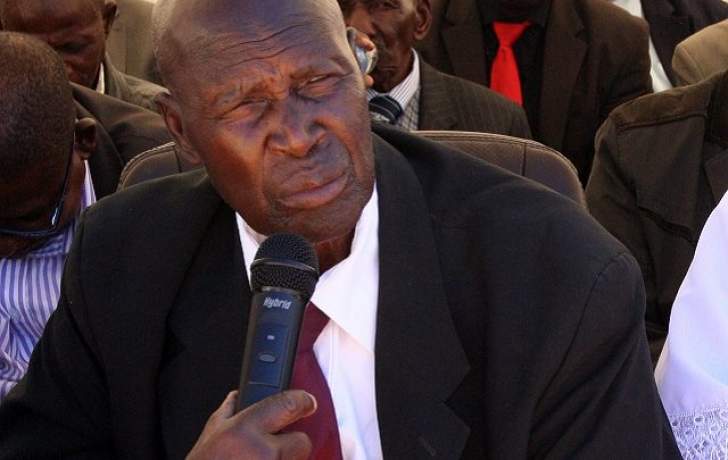 MATABELELAND based political parties and pressure groups are up in arms with late Chief Vezi Maduna Mafu’s son, Dambisamahubo for advocating the unconditional closure of Gukurahundi atrocities chapter.

Dambisamahubo made the remarks during his father’s burial Wednesday.

Chief Maduna, who died Saturday after battling diabetes, was buried in Filabusi in line with Nguni customs which allow only his immediate family to be at the gravesite.

Speaking during his father’s funeral wake, Dambisamahubo displayed the late Chief’s portrait with President Emmerson Mnangagwa and Vice President Constantino Chiwenga before urging Zimbabweans to erase the emotive Gukurahundi issue from their memories.

“People should bury the past for the country to look forward.

“We are still held by the past and clinging to the past. We must also shun tribalism,” said Dambisamahubo.

Firebrand Mthwakazi Republic Party (MRP) president Mqondisi Moyo who attended the burial felt the remarks were a complete contradiction to what the late respected traditional leader stood for.

“It is unfortunate that Chief Maduna’s son said those words and his sentiments are totally the opposite of what he claimed his father stood for.

“Honestly, how do you praise Mnangagwa and Chiwenga when they are complicit in the killing of our people!

“How do you bury the past when the perpetrator is still refusing to acknowledge that Gukurahundi was a genocide? Actually, burying the past means truth, justice and reconciliation.”

“I have always said that the Chief’s institution has been politicised to align with Zanu PF and the Chief’s son proved that yesterday.

“Indeed, he is deviating from his father’s stance on Gukurahundi and other Mthwakazi imbalances.

“The people he is praising failed to honour his father in his lifetime, and even failed to confer his father a district hero, provincial hero or national hero,” said the opposition leader.

“He is contradicting his father and sadly the upright chief must be turning in his grave.

“He is behaving like a house nigger spitting in the faces of the farm niggers.

“The late Chief was fighting for justice, fairness and equality. Hope on tribalism he was talking to the ruling tribe,” said Fuzwayo.

“The late Chief Maduna was a well-known fighter for equitable distribution of natural resources such as land.

“He was also very vocal on the Gukurahundi issue. So, for his son to say these issues should be swept under the carpet, I think it is a betrayal of the late Chief’s legacy,” said EFF Zimbabwe president Xolani Tshuma.

Tshuma called on Dambisamahubo to apologise to Gukurahundi victims and Zimbabweans in general for the remarks.

“Surely, the issue of Gukurahundi cannot be concluded without acknowledgement, reparation and justice.

“The Chief’s son cannot sacrifice the lives of thousands who were either maimed or killed during Gukurahundi simply by an offer of the chieftainship by Zanu PF,” said Chirowodza.

“We have buried a hero and lost a liberation hero but inherited a revolutionary in the name of his son,” said Moyo.