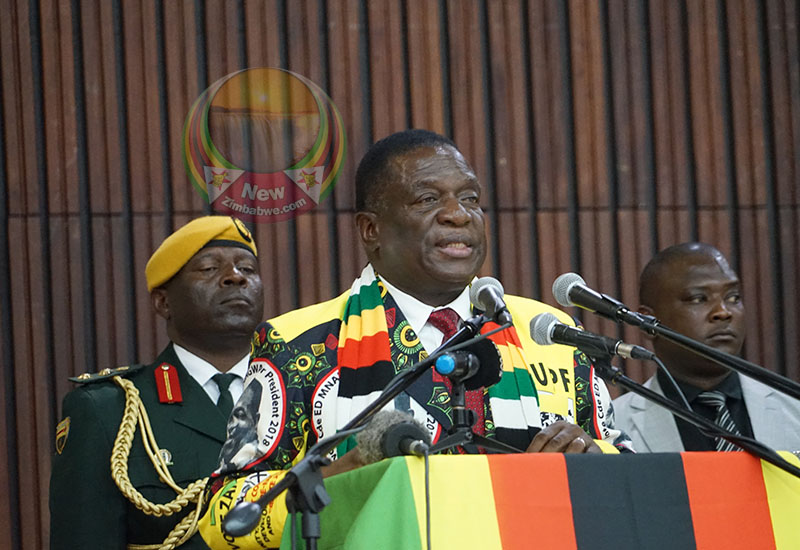 PRESIDENT Emmerson Mnangagwa and his administration have moved to domesticate an African law that seeks to deter military meddling in civilian politics as well as block any coup against a sitting government.

Justice Minister Ziyambi Ziyambi Thursday presented before the Senate, the African Charter on Democracy, Elections and Governance for debate and ratification by the upper house.

The law has already been presented to the lower house.

However, what brings irony to the government move is Mnangagwa’s bid to stave off a possible coup against his regime.

Said Minister Ziyambi while presenting the law to Senators, “…The Charter binds State parties to institutionalise constitutional civilian control over the armed and security forces to ensure consolidation of democracy and constitutional order.

“State parties are also obligated to check legislative and regulatory measures to ensure that those who attempt to remove an elected government are dealt with in accordance with the law.”

Ziyambi added, “…The Charter obligates State parties to refrain from using illegal means of accessing or maintaining power. Unconstitutional change of government like a coup d’tat, armed rebellion against a constitutional elected government, refusal to relinquish power to a winning party in free and fair elections shall draw appropriate sanctions by the (African) Union.

“In this case, the Peace and Security Council shall intervene in order to maintain the constitutional order. “

Under the charter, any government that comes into power through a coup invites “sanctions, including punitive economic measures” against it.

The then Vice President, who had just been fired, was often accused by then First Lady Grace Mugabe of plotting a coup against her husband.

The African Charter on Democracy, Elections and Governance was adopted in Addis Ababa, Ethiopia on the 30th January 2007 and was signed by Mnangagwa in Kigali, Rwanda on the 21st of March 2018 at the African Union extraordinary summit for heads of state and government.

It first came into force in February 2012 after ratification by 15 member States.

The Charter was motivated by the need to enhance the quality of elections in Africa, promote human rights, strengthen the rule of law, improve political, economic and social governance and address the recurrent issues relating to unconstitutional changes of Government in the continent.