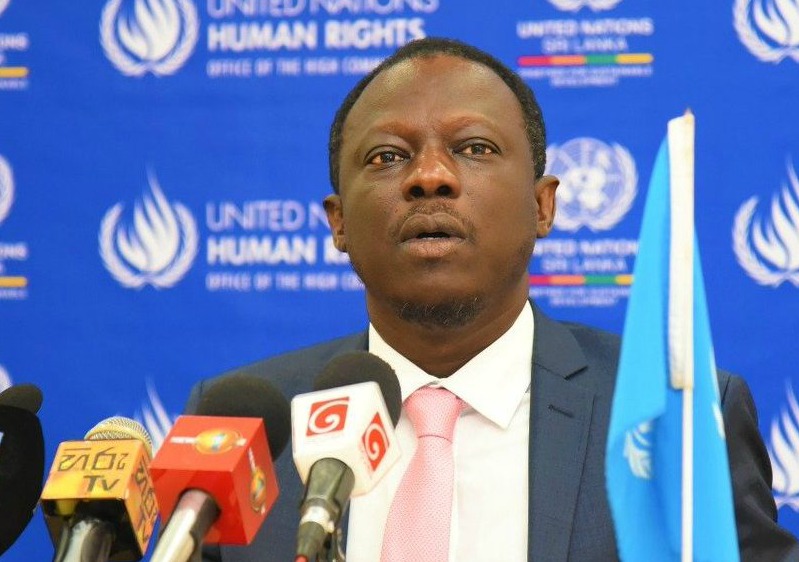 PRESIDENT Emmerson Mnangagwa’s attempts to present a modest international image far different from that of predecessor, Robert Mugabe, was dealt a blow Friday when a visiting UN rights envoy gave a damning report of the Zimbabwe incumbent’s iron-fisted rule.

Presenting his preliminary report on the conclusion of his 10-day visit to Zimbabwe, UN Special Rapporteur on Peaceful Assembly Association, Clement Nyaletsossi Voule criticised the deployment of the army and police during peaceful protests which have turned deadly with the military responsible for the killings.

“The involvement of defence forces in managing assembly contradicts the guideline for the policing of assembly by the enforcement officially in Africa as they provide that military forces must only be used in exceptional circumstances and only if absolutely necessary,” he said.

He added, “I beg the government to amend laws that are not in line with the constitution and to make use of independent institution which are designed to facilitate the exercise of human rights and reports in order to make sure that human rights are enjoyed by all that are in the jurisdiction.”

Voule said there was need to enact a new law which is different from the Maintenance Order and Peace Act (MOPA) Bill which has been said to be a duplicate of the much resented Public Order and Security Act (POSA).

“While I acknowledge that there is a need to enact a new law in accordance with the human rights norms and standards, the MOPA has worrying similarities to the POSA revealing the common scope in which the facilitation and guarantee of the exercise of the right to peaceful assembly is not fully guaranteed, it continues to give law enforcement agencies broad regulatory discretion and power through close monitoring of peaceful protests,” said Voule.

The UN envoy said the country’s increasingly deterioration political and economic situation brought no hope among suffering Zimbabweans who were craving for a change of fortunes at the inception of the Mnangagwa led government.

“I believe that the long awaited hopes are fading, the population is now questioning the government’s capacity to bring such change if they have not experienced concrete and tangible results,” he said.

The UN rapporteur condemned the shutting down of the internet during the crackdown on protests.

“I strongly believe that network disruptions are in clear violation of international law and cannot be justified under any circumstances. Network shutdown orders often lack a legal basis and these events in Zimbabwe were no exception. In this sense, I applaud the High Court’s decision ruling that the Minister of State responsible for national security in the President’s Office did not have the authority to issue any directives in terms of the Interception of Communications Act,” said Voule.

He said it was rather ideal for government to address the root causes of protests, dealing head on with the issues raised by the populace in the course of their demonstrations as opposed to the high handed reactions.