THE political mudslinging between President Emmerson Mnangagwa and his arch-nemesis, MDC leader Nelson Chamisa continued Saturday after the Zanu PF leader told the 41 year-old lawyer, his tantrums will not stop the dialogue process already underway.

Mnangagwa controversially won presidential elections last year in July but his main rival Chamisa claimed the poll had been rigged on the Zanu PF leader’s behalf by the Zimbabwe Electoral Commission. The opposition leader lodged a petition with the Constitutional Court but this was thrown out on the basis of lack of evidence.

However the youthful politician insists he won the elections arguing Zimbabwe’s political problems will not be resolved in the courts. Chamisa early this week called on Mnangagwa to swallow his pride and agree to his conditions which includes “handing over power” to the MDC leader “to resolve the country’s legitimacy issues.”

But addressing mourners at the burial of national hero and career soldier Brigadier-General Emilio Munemo at the National Heroes’ Acre, Saturday, Mnangagwa came short of telling Chamisa to “go hang.”

“Those who want to get on the bus are welcome on board, and those not interested can stay behind. Zimbabwe is a train on the move,” said Mnangagwa.

While Chamisa has consistently been calling for dialogue, the MDC leader has refused to join a platform involving all candidates to last year’s presidential elections convened by Mnangagwa in early February. The platform has met twice thus far but has been dogged by legitimacy issues not only because of Chamisa’s absence but also the decision by other fringe opposition leaders to walk away.

Mnangagwa said Chamisa’s antics will not stop his agenda to transform the country.

“We cannot be derailed, we cannot be stopped. Let us march forward, backward never. Victory is certain, our prosperity is inevitable,” the Zanu PF leader said.

Respected Alliance for People’s Agenda (APA) leader Nkosana Moyo, Daniel Shumba of the United Democratic Alliance and US based Noah Manyika of Build Zimbabwe Alliance have since dumped the platform. 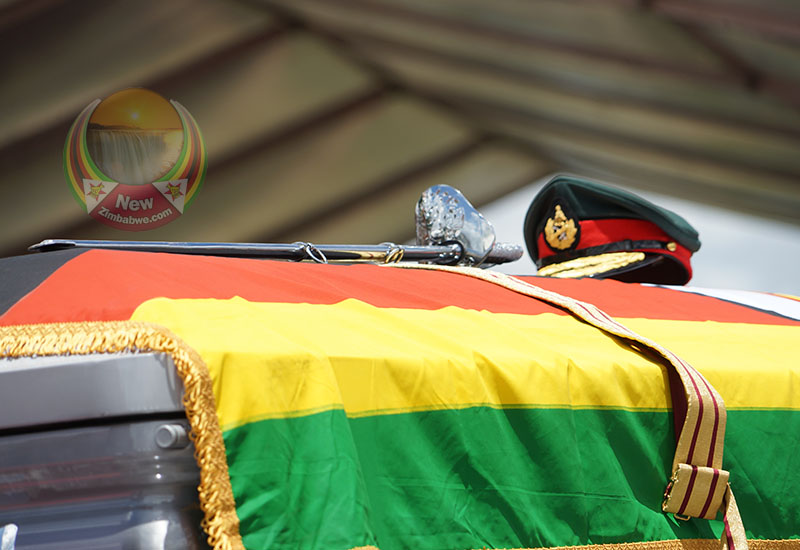 Since taking over from former President Robert Mugabe following the November 2017 coup, Mnangagwa has sought to present himself as a reformer.

However his administration has been soiled by the post-election bloodshed following a wild-cat protests by opposition activists demanding the release of presidential results in which six people were killed by the military.

In January another protest this time against a 150% fuel price hike organized by the Zimbabwe Congress of Trade Unions was followed by a military crackdown that left 17 people dead.