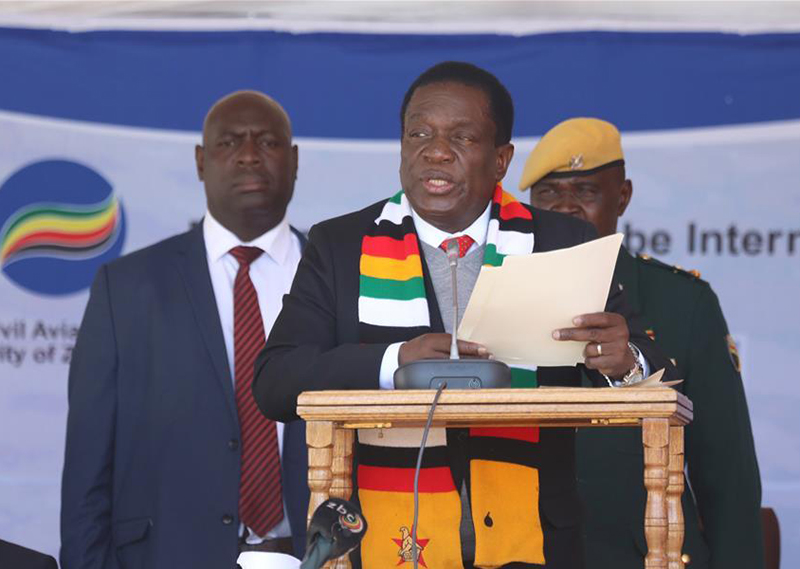 ZIMBABWE’S president-elect, Emmerson Mnangagwa has maintained his new government will not reverse the country’s land reform process which saw the Zanu PF led administration seize tracts of white owned arable land for redistribution to black locals in the past 18 years.

He was addressing thousands of Zimbabweans who attended the annual Heroes Day commemorations at the national shrine in Harare on Monday.

“One of the core reasons for waging the liberation struggle was to reclaim the land and give it to rightful owners. That indeed has been accomplished and the land reform is now behind us,” he said.

Since becoming the country’s leader on the back of a popular military coup against then President Robert Mugabe November last year, Mnangagwa has moved to mend relations with the hostile West.

Mnangagwa has also tried to extend an olive branch among white Zimbabweans in his bid to bring together a divided Zimbabwean society.

The country’s new leader has earned scorn from among political opponents through his bid to open up the country’s business sector to foreigners.

However, he has stuck to his pre-election vows he will not try to tamper with the land reform process, telling Zimbabweans Monday it was time to fulfil what the country’s fallen heroes fought for.

“The challenge before us is to look ahead to full utilisation of our land through increased productivity, modernisation and mechanisation of our agriculture sector,” he said.

“Let’s all take a leaf from our departed and living heroes and heroines. The land reform is finished and irreversible.”

Mnangagwa said his government will support farmers through availing inputs under the Presidential input scheme.