Kwekwe: President Emmerson Mnangagwa, whose government claims to be too broke to provide basic services to the majority as well as pay its workers a living wage, has promised to fully fund members of the Political Actors Dialogue (POLAD).

The politicians toured the farm with lunch served before they helped themselves to fresh mealies in Mnangagwa’s farm.

Addressing the group, Mnangagwa said he was going to make sure that POLAD was fully funded and operational.

“Initially, when we convened the platform we didn’t have direct funding but now this must be a platform where the government must support because it (POLAD) brings harmony, peace and development to this country,” he said.

“I am not averse to funding POLAD because it brings ideas to move the country forward. I have informed all ministers both in the economic and social services to avail themselves to you.

“Yes although they are ministers, they are however not ministers of a particular party but for all Zimbabweans.” 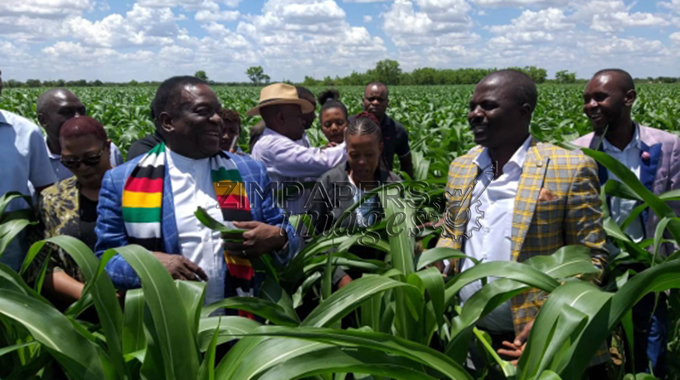 Speaking on behalf of POLAD, Matibenga said the platform was critical as it pushed for unity of purpose in the country.

“There are those who say we are a choir and will not join us. I want to reiterate that we are not a choir because we are making contributions for national development.

“Each and everyone of us has a role to play no matter how small. Those outside must join others before its too late,” she said.

Meanwhile, the POLAD members are having an early Christmas retreat at the Kadoma Ranch Hotel where they are booked for three days reviewing their success and failures of 2019.

A source confirmed that most POLAD members had checked in for the three-day ‘strategic meeting’.

“The meeting is to discuss POLAD business and evaluating success and failures since POLAD’s inception and also come up with a roadmap,” the source said.