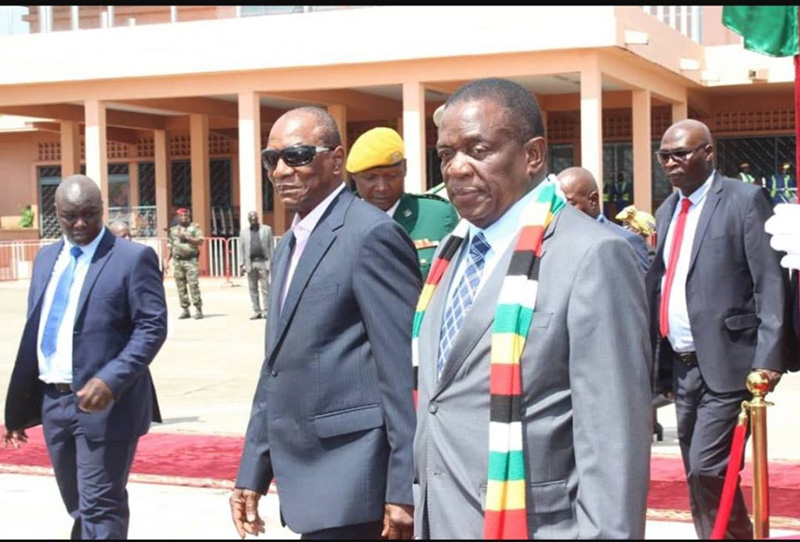 “I am confident that the friendship and fraternal relations will translate into strong economic ties through our bilateral relations as well as the various frameworks within the African Union and United Nations,” he said at a dinner held in his honour by his counterpart Alpha Conde, the state-run news agency New Ziana reported.

During Mnangagwa’s visit to Guinea, the two countries signed four memoranda of agreements aimed at creating a framework for diplomatic cooperation.

Mnangagwa said the agreements mark the framework for furthering and deepening cooperation.

Speaking through an interpreter, Conde commended the first visit from his Zimbabwean counterpart.

In a communique released at the end of the two-day visit, the two countries also agreed to exchange experts in agriculture and to explore opportunities in mining, technical cooperation and tourism.

The two leaders also welcomed the principle of speaking with one voice on all regional and international forums.

Mnangagwa extended an invitation to Conde to visit Zimbabwe, which he accepted.