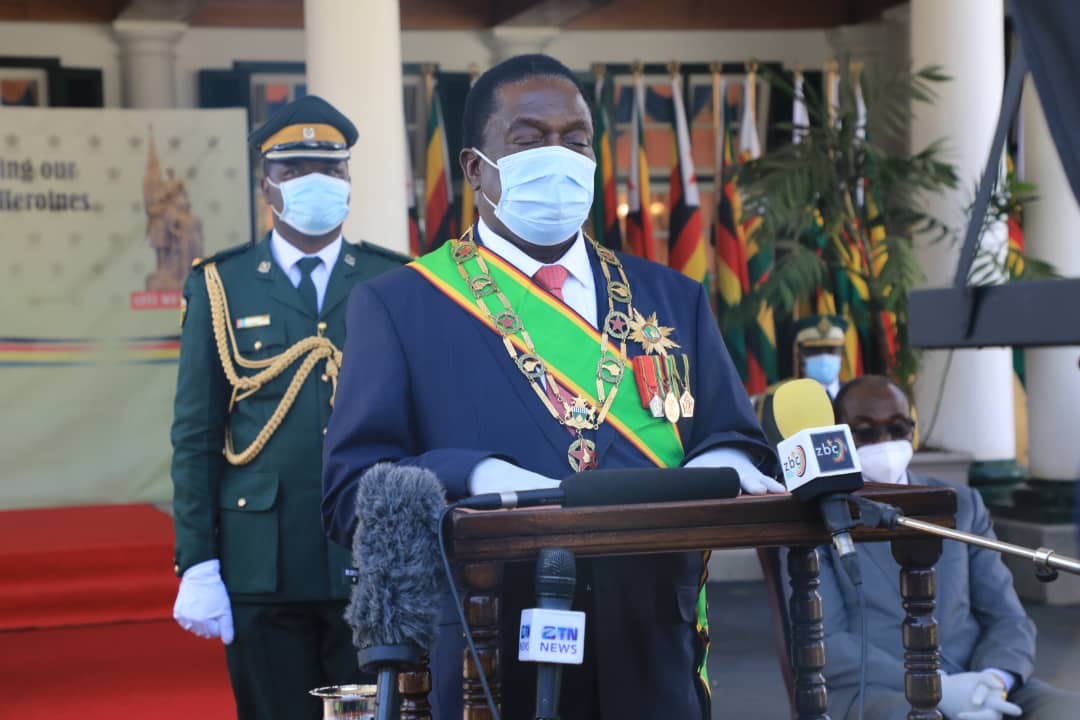 PRESIDENT Emmerson Mnangagwa has reiterated his government will not relent in its attempts to remedy the dire socio, economic and political situation in the country.

He was delivering his address to mark National Heroes Day celebrations from State House on Monday.

His government is under severe criticism for violating human rights and looting public funds.

Mnangagwa said government, instead prioritised democracy, however noting that anyone who violated national laws faced punishment.

“The Second Republic since its inception accelerated the entrenchment and consolidation of democracy and constitutionalism and the rule of law in pursuit of social justice and equal opportunities for the economic empowerment of the previously marginalised majority,” he said.

“Informed by a cardinal ethos during the liberation struggle, the Second Republic thrust in the fight against corruption is unwavering. My administration the reform makes no apologies for fixing our systems across the socio, economic and political spectrum.

“Accountability and transparency will keep on being enforced in every facet of our society.

“The door to the old manner of doing things is closed. The corrupt way is shut and those who choose that route will face dire consequences,” he said.

Mnangagwa thanked the country’s security forces for maintaining peace in the country.

“Peace, unity, harmony and love are prerequisites for the achievement of our country’s prosperity and sustainable socio-economic development.

“We are forever grateful to our security sector which continue to protect our independence, sovereignty and territorial integrity,” he said.