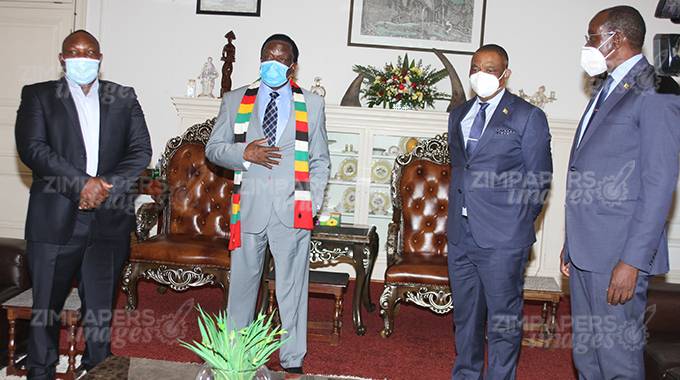 Mnangagwa, according to the state media was flanked by his deputies Constantino Chiwenga and Kembo Mohadi.

Matutu a lawyer by profession also served as a deputy youth minister during the now-defunct inclusive government.

He told Mnangagwa opposition parties in Zimbabwe “in its various forms” had lost direction and were wasting time bickering among themselves.

President Mnangagwa said he felt “elated” in welcoming back “home” Matutu who he described as Comrade.

Matutu told the media after the brief ceremony he was not joining Zanu PF because he was desperate but he was guided by his conscience and was convinced his decision was the best choice not only for him but for the nation.

He claimed more MDC officials were expected to follow suit as they had given up on the opposition.