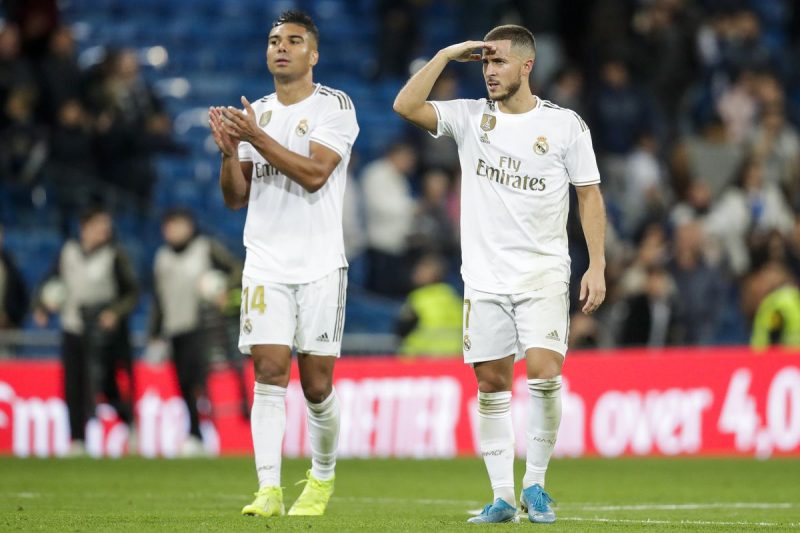 The two players tested positive on Friday morning, Real said in a statement. According to Real, all other players and staff who work directly with the pair were subsequently tested.
Both the PCR test and the antibody test came back negative for all, except Hazard and Casemiro. The two players will miss Real Madrid’s La Liga match against Valencia on Sunday.
“They’re fine. They’re not happy with what happened, but mentally they’re fine, and physically too,” Real coach Zinedine Zidane told reporters on Saturday.
“Casi has a few symptoms but in this difficult situation they are fine. I left them a message, I will speak to them again later. This is something that can happen, and we must accept it.
“There was nothing special, they are responsible people, who pay attention … Obviously, I would have preferred to have them.”