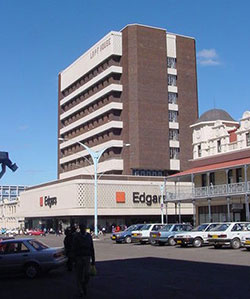 EDGARS Stores Limited said the liquidity challenges on the market were taking an effect on business after sales declined 2,5 percent during the first four months of the year resulting in a loss of US$281,000.
Speaking at the company’s annual general meeting on Thursday, managing director Linda Masterson said if the current trend continued to year end, the company would record results below target.
“Sales volumes have been depressed during the first four months as many people reduced spending especially on clothes as liquidity challenges persist.
“There was however a slight increase in April following the new civil servants’ salaries that were effected during that month,” she said.
Civil servants make up the bulk of Edgars customers. They were awarded a salary increase backdated to January in April.
Masterson said a focus on cost control and a wide range of choice for customers would see turnover increase just marginally by three percent to US$70 million from US$67,7 million last year.
In a statement accompanying the group’s results, group chairman Themba Sibanda said nine stores were opened, increasing the number of units to 49 countrywide adding the performance of the business was largely dependent on the level of formal sector employment.
“Through various initiatives that we are currently finalising we will be giving our customers more value and wider choice.
“Greater leverage is being placed on partners for sourcing merchandise which will lead to greater desirability, more fashion and less price,” Sibanda said.Advertisement