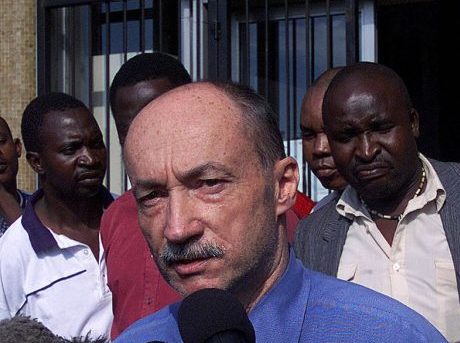 He was one of the pioneers of the Zimbabwe Independent in 1996 where he deputised Trevor Ncube who is the current chairperson of Alpha Media Holdings (AMH).

Wetherell is remembered for his role in fighting for press freedom under the rule of the late former President Robert Mugabe.

He also played a key role in student politics in the 1970s heading the Student Representative Council (SRC) at the University of Zimbabwe (UZ).

Wetherell was arrested several times by the Mugabe regime for criticizing the ruling party.

Ncube expressed shock over the death of Wetherell.

“He was my tutor and my mentor. We worked together at Financial Gazette from 1990 and at the Zimbabwe Independent until he retired. We started the Muckracker column together. The column has grown into a big brand because of the contributions of journalists like Iden.

“You cannot write the history of Muckracker without talking about Iden. I remember him for some of the very powerful editorial comments we did, which shaped the national trajectory. Iden was the engine of the Zimbabwe Independent, an encyclopedia of the Zimbabwe independent,” Ncube said.

Alzheimer’s disease is a progressive neurological disorder that causes the brain to shrink and brain cells to die.