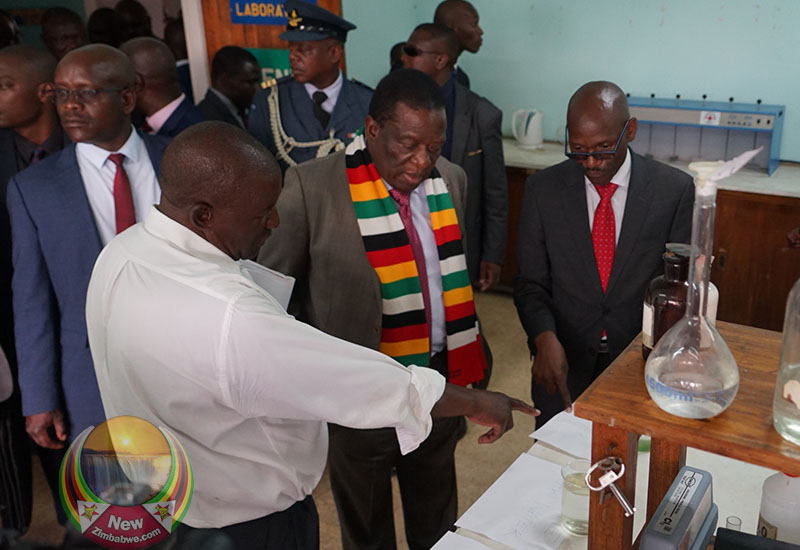 President Emmerson Mnangagwa and his trademark scarf
Spread This News

PRESIDENT Emmerson Mnangagwa’s now trademark scarf made in the colours of the national flag has once more caused a stir with opposition MDC legislator, Trevor Saruwaka seeking clarification on the issue.

The Mutasa MP argued he had been refused the right to wear similar apparel in parliament a few years ago.

Mnangagwa adopted the scarf soon after coming to power on the back of a military coup in November 2017 that deposed then President Robert Mugabe.

The Zanu PF leader has been seen with the scarf everywhere including in Parliament where he continues to be snubbed by the opposition MPs.

Saruwaka, who told Mudenda that he was once ejected from Parliament for wearing a jacket with national flag colours, said he now wanted to know why Mnangagwa was being allowed to do the same.

“Since 2017, I have noticed that Mr Mnangagwa comes to the House wearing a scarf. I was once sacked from Parliament for wearing a jacket of the same colours,” Saruwaka said amid jeering by Zanu PF MPs angered by the reference to Mnangagwa as “Mr”.

In his response, Mudenda seemed to correct Saruwaka on the choice of words when referring to the President.

“I am not aware of someone called Mr Mnangagwa. He is President Mnangagwa. The scarf is not part of attire. It is a trade mark.

“I urge anyone else to look at the Oxford dictionary and compare with Section 76 of the Standing Rules and Orders and see what it says,” said Mudenda amid applause from both Zanu Pf and MDC MPS.

MDC MPs cheered the response but it was not clear whether the gesture was being made sarcastically or it was sincere..

Government a few years ago banned the casual use of national flag colours as well as those resembling military fatigue by locals.