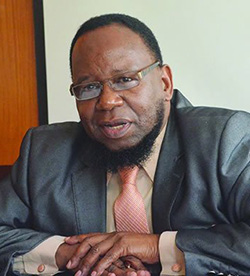 RECENT pronouncements from Education Minister Lazarus Dokora have elicited spirited debate among Zimbabweans. Whilst some of his proposals, like internship or what he calls life skills for O level students, border on the lunatic fringe, some of his suggestions make sense and must be taken seriously in the long overdue agenda of transforming the Zimbabwe education system for the 21st century.
Whilst some of the languages he intends to introduce like Portuguese and Swahili don’t make sense, Chinese and French must be considered seriously as well as his proposal for abolishing Integrated Science and replacing it with pure Sciences (Biology, Chemistry and Physics). A missing link is probably failure to make Computer Science compulsory from primary level.
Dokora’s proposal to abolish Integrated Science for pure Sciences is a brilliant proposal that must be supported by all Zimbabweans. If the next generation of Zimbabwe’s young people are to compete globally, then STEM (Science, Technology, Engineering and Mathematics) are the skills they desperately need. These skills are in short supply not only in Zimbabwe but globally including in Europe, USA and China.
The story of the 21st century is not being written in state houses, palaces or parliaments. It’s being written by young people in areas like Silicon Valley in the USA and Bangalore in India. The people who are changing the world are the likes of Tim Cook of Apple, Elon Musk of Space X, Tesla and Solar City, Mark Zuckerberg of Facebook and WhatsApp  and Larry Page of Google to mention but a few.
The common characteristic of these technology hubs is that they are hungry for people with STEM skills. With technology shrinking the world in temporal and spatial terms, this is the time to make Science sexy again. Integrated Science served its purpose and must be binned. The excuse that was being given for Integrated Science was that there was a lack of laboratories in most schools especially those in rural areas. But you don’t need a laboratory for students at O level to learn the Periodic Table or to write chemical equations.
Of course many pessimists will argue that there is no longer enough Science and Maths teachers in Zimbabwe since many have left for greener pastures. However, there are lots of innovations that are free and on the market like the Khan Academy that is teaching brilliant Maths and Science for free. Schools without enough Maths and Science teachers can leverage on such mobile apps. With the high levels of mobile penetration in Zimbabwe at the moment, this is quite possible. Even for the remotest schools, we don’t need much; we could buy cheap Rasberry Pi Computers that cost less than 20 dollars per school and have people do the Khan Academy curriculum that has taken the world by storm.Advertisement