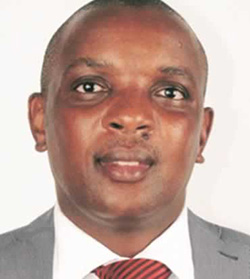 ZIMBABWE is in mourning today after learning that former international winger Edzai Kasinauyo has passed away.
The former speedster reportedly passed away in the early hours of Friday morning, with details of his passing yet to be revealed, with the Zimbabwean Football Association announcing the news via social media.
Said Zifa on Twitter; “We’re saddened by the untimely death of Edzai Kasinauyo. Our thoughts are with his family and friends. Our sincere condolences to his family”.
The 42-year-old spent almost ten years plying his trade in South Africa, turning out for local clubs Ajax Cape Town and Moroka Swallows.
Kasinauyo was part of Zimbabwe’s 2006 Nation’s Cup squad, and recently had his name cleared after initially being expelled from the Zifa committee for alleged involvement in a match-fixing scandal that rocked the country.Advertisement