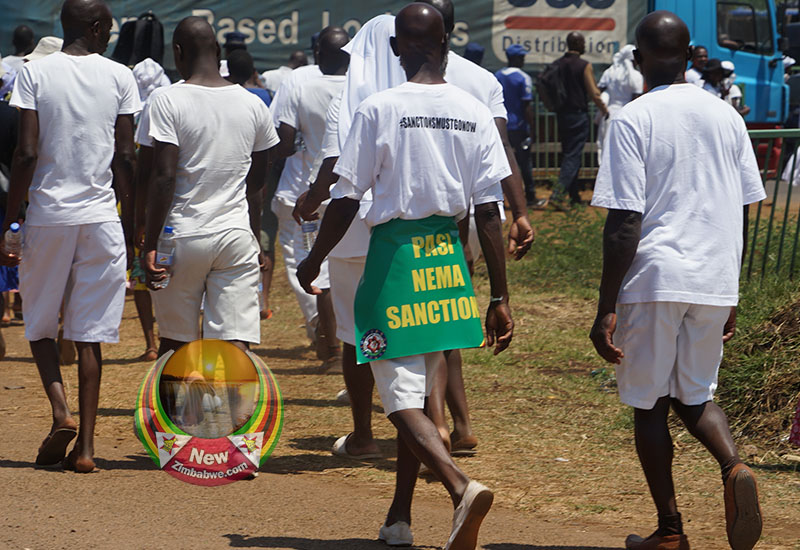 SADC countries have declared October 25 as solidarity day against sanctions imposed on Zimbabwe and resolved to conduct various activities in their respective countries to call for their removal.

EFF Zimbabwe president, Innocent Ndibali said sanctions imposed by the United States of America and its allies over alleged human rights violations were real and bad for Africa.

“As EFF, Zimbabwe we are calling on all EFFs in Africa to rally behind Zimbabwe’s anti-sanction campaign on 25 October. The sanctions are bad for the emancipation of black people in Africa.

“As a movement which is fighting for equal distribution of resources in Africa, we call for the unconditional removal of the sanctions,” said the United Kingdom based politician.

Ndibali said he and his businesses have been victim of sanctions.

“When I say sanctions are bad I know what I am talking about because my business has been adversely affected by these sanctions.

“I cannot do some international transactions because of these embargoes. They are an impediment to black advancement,” he said.

The EFF leader also noted that some governments were using the sanctions as an excuse to loot national resources and engaging in corrupt activities.

“If these sanctions are removed, our leaders will not blame anybody for their failures and transgressions,” said Ndibali.

He also revealed that his party has also organised several anti-sanctions campaign activities.