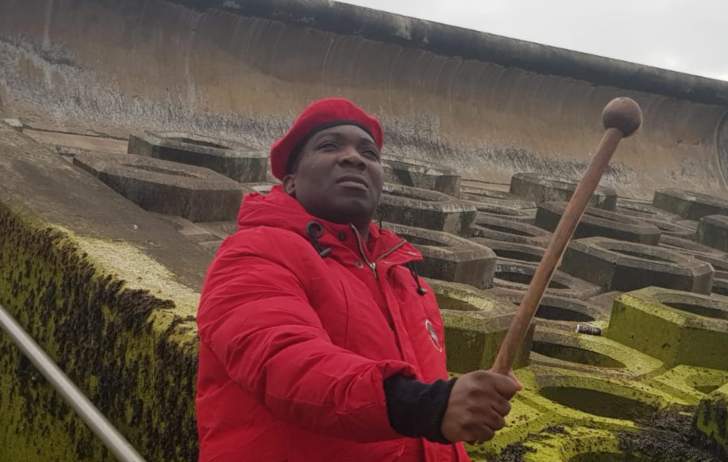 Liberian President George Weah has been accused of dictatorship as well as corruption.

Weah was in August this year forced to suspend three top officials, including his Chief of Staff and the country’s Chief Prosecutor, over corruption allegations tied to multi-million dollar contracts and at least US$1, 5 million in diverted public funds.

In an interview with NewZimbabwe.com, United Kingdom (UK) based EFF Zimbabwe leader, Innocent Ndibali said his party was inspired by how EFF Liberia has kept the incumbent government on its toes regarding corruption and governance issues in the country.

“EFF Zimbabwe stands in solidarity and continue to offer unwavering support to our sister organization EFF Liberia led by Emmanuel Gonquoi in its courageous fight for economic justice and well-being of our brothers and sisters in Liberia,” said Ndibali.

“We fully acknowledge the challenges facing everyone in Liberia after many decades of dictatorship, plunder and looting and we are particularly dismayed that the present leaders are failing to lead that beautiful country out of its malaise. We continue to draw inspiration in your courage and determination to also fight for similar causes in other African countries.”

“We applaud our Pan-Africanist comrades in the EFF Liberia for their peaceful approach to resolving the social, political and economic crisis that assails Liberia today.

“We support and laud the youths of the EFFL for not standing in the shadows while corruption, economic mismanagement and poor governance condemn the country further and further into poverty and instability” he said.

Ndibali also called all other political forces not aligned to the movement to work with EFF Liberia to resolve the national crisis in the country.

The country is set for watershed elections next year.

“We hope that in the true spirit of a functional democracy EFFL will be granted the necessary certification that enables them to participate freely in the political sphere of their nation without hindrance and hope the Elections Commission will consider their application in a transparent and constructive way,” added Ndibali.