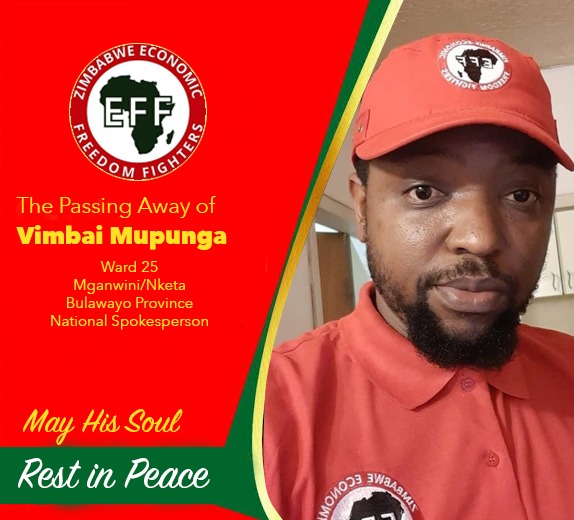 Mupunga has been unwell for almost two months.

“As EFF Zimbabwe, we have lost a hardworking young party cadre who had a promising future. He was always with me at every EFF events,” Ndibali told NewZimbabwe.com.

Ndibali said he has offered $20 000 rands to the Mupunga family for the repatriation of the late party official’s body as well as his burial at home.

Mupunga’s parents are from Zvimba in Mashonaland West but the late opposition politician was born and bred in Bulawayo.

Said Ndibali, “As the president of EFF (Zimbabwe), I will be dispatching a delegation to Cde Vimbai’s family to offer my presidential support of 20 000 rands so as to enable his repatriation and burial back home.

He was also taking care of Mupunga’s kids and rentals while their now late father was sick.