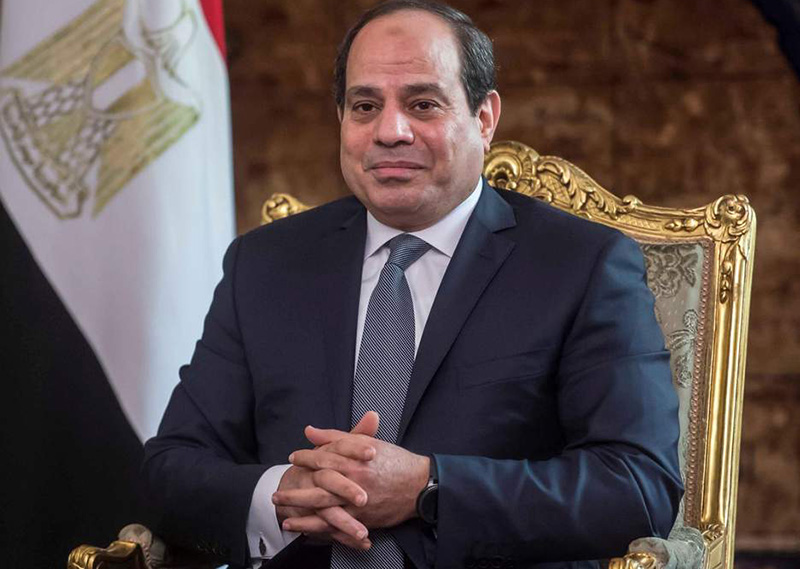 Supporters of Egyptian President Abdel Fattah al-Sisi are calling for constitutional changes that would allow him to stay in power once his second term ends in 2022.

Backers of the former military chief, re-elected in March with over 97 percent of the vote, want parliament to discuss repealing an article limiting presidents to two consecutive four-year terms.

In an editorial published on Sunday, the pro-government state-run daily newspaper Al-Akhbar voiced hope that 2019 would see “the start of a belated political reform” to secure Sisi’s future in power.

The column by the newspaper’s director Yasser Rizk said this would “preserve all the people’s gains in terms of security, stability and economic recovery” since Sisi came to power five years ago,

He said the change could be approved by late summer 2019.

Sisi, who led the army’s overthrow of Islamist president Mohamed Morsi in 2013 following mass protests against his rule, won his first term as president the following year.

His government has been widely criticised by rights groups over the repression of dissidents.

As well as a crackdown on dissent, Sisi has overseen a military campaign against Islamic State group-linked militants in the Sinai Peninsula.

Egypt is slowly recovering from a deep economic crisis that has seen the value of its currency plummet and state subsidies slashed.

‘Who is the alternative?’

In November 2017, even before he was re-elected, Sisi told American news network CNBC he would not seek a third term in office.

But after his victory in the March 2018 polls, the question has gradually returned to public debate.

Mohammad Fuad, and MP with the Wafd party close to the government, told AFP that “the whole of Egypt was talking about (Rizk’s) article last night”.

“This issue has been under discussion everywhere in Egypt, not just in parliament, for some time,” he said, adding that a potential parliamentary debate on the issue had not been initiated by the government.

In the current context of Egyptian politics, there was little surprise that the debate was taking place, Fuad said.

“People have been expecting a constitutional amendment on extending presidential terms, because every time the debate turns to the end of (Sisi’s) second term, the question is: who is the alternative? That causes panic,” he said.

Mustafa Kamal al-Sayed, a political science professor at Cairo University, said Rizk “did not express a personal point of view, but revealed trends within government institutions”.

He said Sisi “does not want to step down from power while he is alive… he fears that he could be held to account if he leaves his post”.

HA Hellyer, a senior fellow at the Atlantic Council and the Royal United Services Institute in London, said that “every indication from the last few years indicates that amending the constitution is of foremost importance”.

“Otherwise we would not have seen all these trial balloons in the media, and we would have seen indications of successors that are being groomed,” he said.

On social media, opposition figures deplored talk of allowing Sisi to stand for a third term.