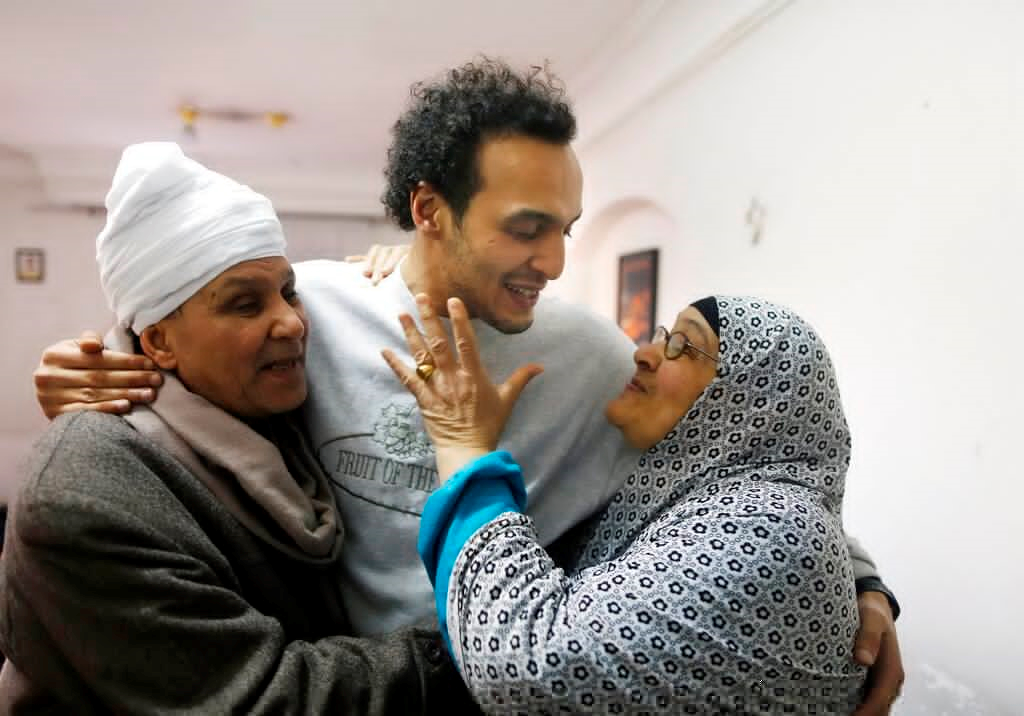 A prominent Egyptian photojournalist was released after five years in prison and returned home on Monday to hugs from his family and friends, pledging to continue working despite having to spend the nights at a police station nearby.

Mahmoud Abu Zaid, popularly known as “Shawkan”, was convicted of involvement in a 2013 sit-in protest by Islamists that was broken up by security forces in an operation that left hundreds dead.

He was taking photos at the Rabaa Square in Cairo where Muslim Brotherhood supporters had staged a sit-in that August, 2013, to denounce the ouster and detention by the military of the country’s freely elected but divisive Islamist President Mohammed Morsi.

“I was heading out to take photos. I come back to my home after five years,” Shawkan told The Associated Press at his home in Cairo’s neighbourhood of Giza.