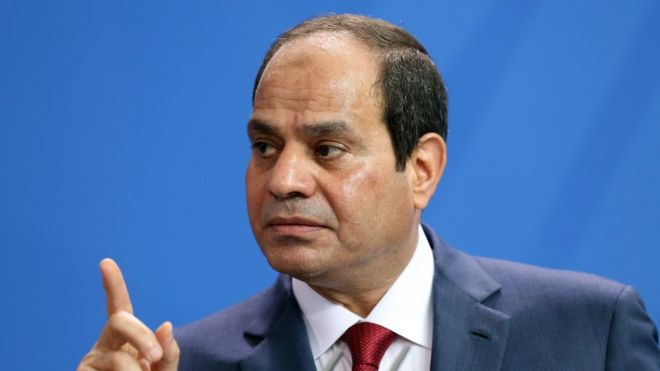 Egypt’s parliament has overwhelmingly voted to approve draft constitutional changes that could extend President Abdul Fattah al-Sisi’s time in office by another 12 years.

Sisi is due to stand down in 2022 when his second four-year term ends.

But 485 of the country’s 596 lawmakers voted on Thursday to lengthen presidential terms to six years and letr al-Sisi serve another two.

Several Egyptian human rights groups have spoken out against the decision.

The changes, first proposed earlier this month, will now be drafted into legislation and put to another parliamentary vote. If approved again, Egypt will then hold a referendum.

Article 140 of Egypt’s constitution, approved in a referendum in 2014, currently states that the president serves four-year terms and may only be re-elected once.

But under proposed changes, the 64-year-old leader would be allowed to stay in power until 2034.

He would also get new powers to appoint judges and the public prosecutor.

The changes would also give Egypt’s military broad powers to “[safeguard] the constitution.”

Other amendments included the introduction of a second parliamentary chamber, a 25% quota for women in parliament and “appropriate representation” for minority Coptic Christians, young people and those with disabilities.