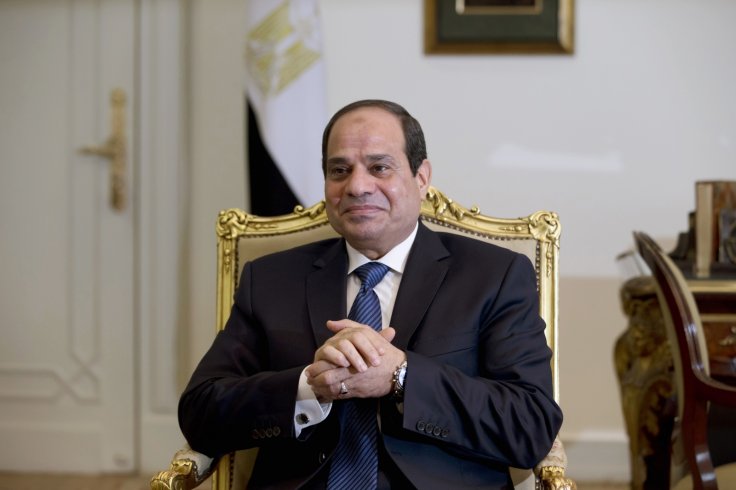 Cairo – Egypt’s president said on Thursday that he considered any defamation of the country’s security forces to be “high treason” and would not allow it, in an apparent warning to the media.

Abdel-Fattah al-Sisi’s warning came as security forces enter the fourth week of a campaign against militants led by the Islamic State group in the northern Sinai Peninsula. Unlike past campaigns, the declared aim is to eradicate the militants, with tens of thousands of troops thrown into battle backed by armor, fighter jets, helicopter gunships and navy vessels.

“Don’t allow anyone to defame them. If anyone defames them, he is defaming all Egyptians. It’s no longer a question of freedom of speech,” said al-Sisi, a former general who led the military overthrow of an elected Islamist president in 2013 and was elected the following year.

In televised comments during a visit to the Mediterranean coastal town of Alamein, he reminded the audience of the hundreds of soldiers and police killed by militants in recent years. “No one defames the army and police while I am here,” he said.

He suggested that media should be given access to the front lines “so they can see your children, Egypt’s children, offering their lives for your sake and for Egypt to have security and peace.”

Egypt has heavily restricted media access to the northern Sinai and other restive areas for several years.

Al-Sisi did not say what prompted his warning, which came a day after Egypt’s chief prosecutor ordered his staff to move against media outlets “hurting national interests.”

Egypt’s media is dominated by pro-government outlets that demonise dissent, while critical voices have been silenced and scores of independent websites have been blocked by authorities. An estimated 20 journalists have been imprisoned.

The government’s stepped up warnings to the media come ahead of this month’s presidential election, in which al-Sisi faces no serious challenge after a string of hopefuls were forced out of the race or arrested. His only challenger is a little-known candidate who supports him.

Earlier this week authorities lashed out at the BBC over a report on torture and disappearances in Egypt, where thousands of people have been jailed since 2013. The State Information Service, which accredits foreign reporters and monitors their coverage, called on officials to decline interview requests from the BBC until it apologizes for alleged inaccuracies.

The BBC report included interviews with activists and other individuals describing police abuses, including a mother who says her daughter was arrested by police a year ago and has not been seen since. Pro-government commentators have blasted the report as an attempt to defame Egypt or spread propaganda inspired by the Muslim Brotherhood, an outlawed Islamist group.

Egypt’s state media and privately owned outlets generally refrain from any criticism of the military or police, portraying them as heroes waging a war on terrorism.

Activists, however, frequently accuse the police of behaving with impunity, systematically abusing detainees and denying them their rights. Police abuse was among the main grievances behind the 2011 uprising that toppled autocrat Hosni Mubarak, who was also a former military officer.