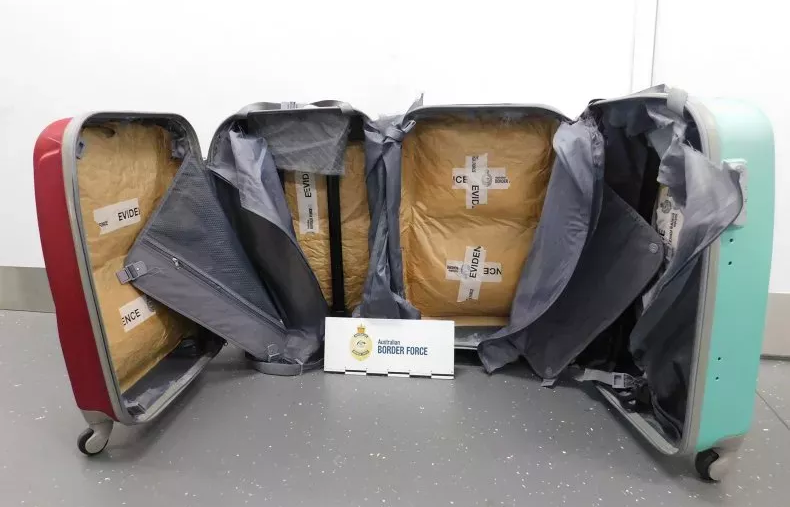 An elderly couple have been seized by customs officials in Australia while allegedly trafficking a $1 million haul of over 20 pounds of crystal meth.

German couple Wilfried and Vera D. – both aged 69 – are accused of importing methamphetamine from Zimbabwe through Sydney International Airport on July 4.

The couple, from the state of Brandenburg, reportedly left for Zimbabwe on June 21. German media reported that after leaving their goldfish and keys with their neighboUr, they told him they would be back on July 10.

But they were arrested in Australia with 22 pounds of the illicit drug, reportedly worth around $1 million, on their way to Germany from Zimbabwe. The Australian Federal Police (AFP) reported they found the substance concealed in the lining of the couple’s two suitcases and immediately seized it.

They were officially charged with “importing a commercial quantity of a border-controlled drug” and are facing life imprisonment if found guilty according to sub-section 307.1(1) of Australia’s Criminal Code Act 1995.

AFP Detective Sergeant Angy Polic said: “The likelihood that two people can act alone to source a commercial quantity of methamphetamine is rare; organised crime syndicates are often behind such importations.”

He added: “The AFP continues to diligently work to identify and dismantle criminal groups responsible for the importation of illicit drugs into Australia, particularly those seeking to exploit the increased number of arriving flights catering for the resumption of international travel.

“The AFP and its law enforcement partners remain committed to disrupting organised crime syndicates who seek to harm Australians.”

Sue Drennan, Australian Border Force commander trade and travel operations east, said this was one of the many drug smugglings that they managed to intercept in 2022.

She said: “Our highly trained officers have significant skill and technological capability when it comes to detecting drugs at the border. We are alert to the different ways criminals try to conceal and move their drugs, and those considering bringing drugs into Australia would do well to remember that–or face the consequences.”

The couple was scheduled to appear in Downing Center Local Court, located in the Downing Center courthouse complex, featuring government courts and located in Sydney, New South Wales, Australia, on August 31. However, details of the hearing have not been made public.