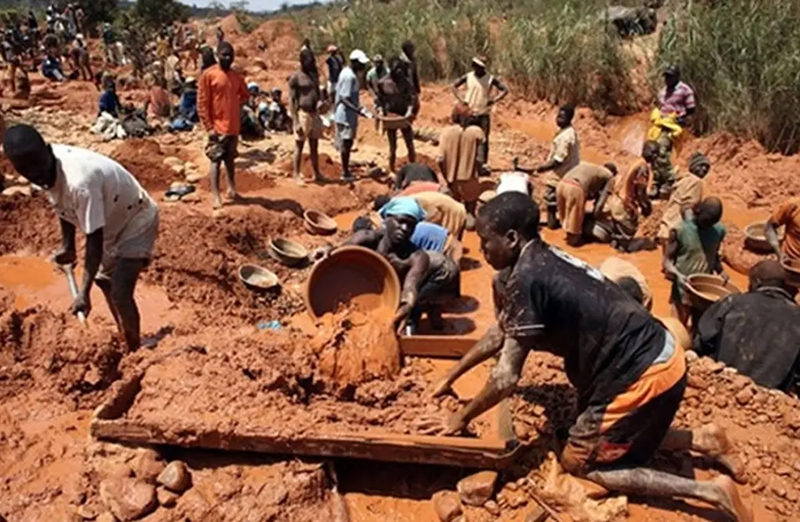 Some senior citizens in Silobela, especially women, have turned to gold panning for survival as hunger strikes in Midlands rural area.

This comes at a time non-governmental organisations who used to donate food in the area have backpedaled.

In an interview with Newzimbabwe.com recently, Zibagwe Rural District Councillor for Donsa, Willard Moyo, said the situation was getting out of hand.

The gold-rich Silobela is known for poor rains, which have seen rolling droughts in the area.

“People were waiting for the social welfare food program which traditionally gives food to the hungry and the less privileged, but they were shocked to realise that only a few were selected for assistance. We were told that government budget is limited,” he said.

He added, “Some years back, by this time donors and World Food Programme (WFP) would have chipped in, but this year it’s so pathetic. There is no WFP.”

So dire is the situation that some elderly women have turned to gold panning.

“Some old women are doing gold panning in Gweru River. Some were depending on their relatives in the diaspora but now things are not okay…,” he said.

According to the councillor, villagers are now selling their livestock for survival.

“Some villagers have sold a lot of their livestock trying to buy food but it’s not helping at all,” he said.

Moyo appealed for government’s assistance and to introduce the school feeding program.

“We appeal to the government to reintroduce the school feeding programme,” he said.

“In addition, government, must return the social welfare food distribution programme before our people die of hunger.”