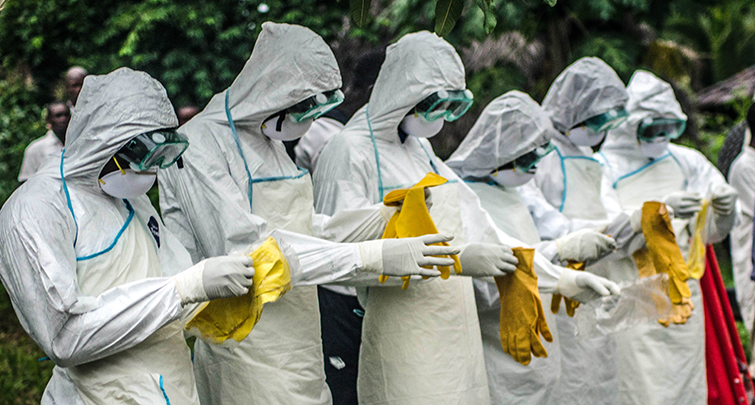 What’s an election campaign without shaking hands with potential voters? Congolese candidates in the thick of an Ebola outbreak, now the second deadliest in history, are finding out in uncomfortable ways.

Jaribu Muliwavyo seeks another term as provincial deputy in North Kivu, the restless center of the outbreak. He’s sad when he arrives in communities and isn’t permitted to greet traditional chiefs properly, with a warm clasp of hands.

“They take that as an insult,” Muliwavyo told The Associated Press. This election, he mused, is “a real puzzle.”

The current Ebola outbreak is like no other, and it promises trouble for Democratic Republic of Congo’s presidential election on Sunday. Unrest by dozens of rebel groups in this Central African nation with 40 million voters already posed a challenge to the long-delayed vote. Then Ebola, a deadly virus spread via contact with infected bodily fluids, emerged in a part of eastern Congo that had never seen it before.

Congolese officials have openly worried about the risks of holding an election in a densely populated, highly mobile border area where health officials are fighting to bring Ebola under control amid rebel attacks. Nearly 550 cases of the virus have been reported so far.

“Imagine … voters are in line and terrorists come with guns and shoot everybody. It’s a concern,” the president of DRC’s election commission, Corneille Nangaa, told reporters earlier this month.

In addition, some election workers might hesitate to show up, Nangaa said. “There are so many risks.”