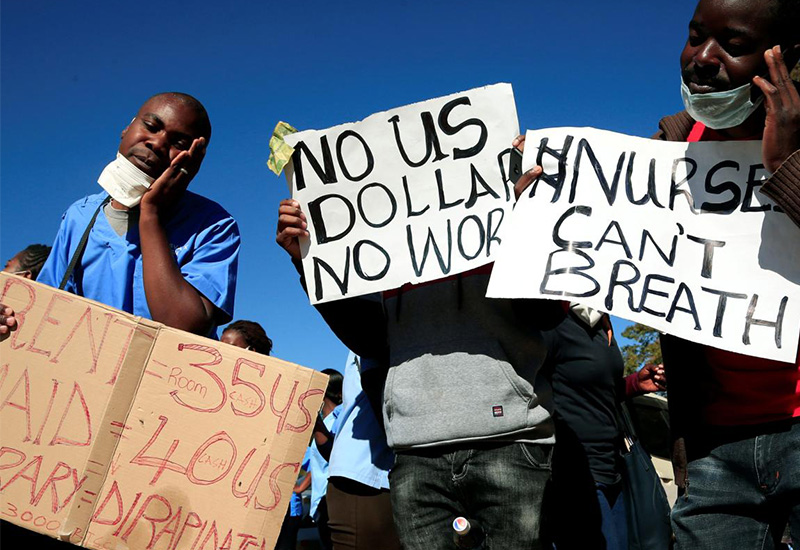 WHILE calls for dollarisation seem to be falling on deaf ears, an economics expert has predicted that government will give in to pressure and officially re-introduce the US dollar.

Great Zimbabwe University (GZU) lecturer Regret Sunge told journalists at a Wednesday press club discussion the high demand for foreign currency ahead of general elections next year will force government to consider its stance against bringing back the American dollar.

The event was organised by the Zimbabwe Union of Journalists (ZUJ).

Sunge said government will re-introduce the greenback so as to endear itself with the electorate, already reeling from challenges caused by the local currency.

“The economy is ready to re-dollarise and the pressure is actually mounting. This is 2022, next year we are heading into elections and by nature elections give pressure to the government,” said Sunge.

“If people are saying we need to be paid in US dollars, a government who would pay its workers in hard currency shortly before elections will be considered to be a government of the people.”

His sentiments come at a time when there is growing pressure from private and government employees to be paid in hard currency due to high inflation rate.

Zimbabwe dollarised between 2009 and 2013 with the country witnessing a stable inflation rate and significant economic growth, however a decision by finance minister Mthuli Ncube to reintroduce the Zimbabwe dollar has seen the country slowly getting back to 2008 high inflation levels.

Ncube and Zanu PF have been quoted countless times reiterating that the US dollar will no longer be the main currency in use in the country.

Sunge however stressed that the country needed its own, strong currency. He dismissed the current currency, indicating that it had failed.

He added: “When we started the process of de-dollarisation, the rate of inflation began to spike and by 2020 we were at around 588% annual inflation.

“Initially, the economy adopted de-dollarisation and there were assurances we would really de-dollarise and the argument was that no economy can actually prosper without its own currency which we as economists will also agree to but we have been seeing developments now the economy responding negatively, the inflation starting to rise, GDP per capita is falling and our value of our local currency starting to decline.”

Government is battling to avert a disaster as teachers and lecturers have gone on strike demanding US dollar wages while nurses have threatened to join over the same matter.