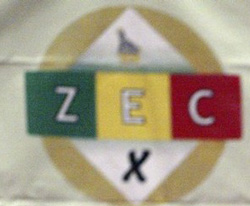 YES, that is correct, electoral reform starts with us — you and me — and that is a fact. In addition, voter registration cannot be stopped because the government says it has no money. While the government and ZANU PF have the obligation to level the playing field, they are not the determining factor. We are!
Since inception, ZUNDE has had a consistent view and message on the need for coalition. Our message has reached every corner of the political arena. Now, we turn our focus to a critical aspect of the electoral process: voter registration.
We have allowed ourselves to be crippled by this idea that electoral reform must come from the government or ZEC. We have tried to push them but the answer we got from loonies like Jonathan Moyo is that ZANU PF will not reform itself out of power. What a painful thing to tell a suffering, dying nation! But it is true. They will not do that so what do we do? We are the people, we are Zimbabwe, and we have the power to do anything including getting rid of ZANU PF from power, if only we do it right.
For the 2018 election, the right thing to do is to ensure that we turn out in full force to the polls and vote. And to vote, everyone must register and ensure that their names are on the voters’ roll. We have less than two years to do this and time is not on our side.
While it is honourable for Pastor Evan Mawarire and other activists to be leading running battles with the police protesting against corruption, injustice and poverty, we should also be having running battles with ZEC demanding that we be registered as voters. Come on Tajamuka!! Jamukai in the right direction.
#This Flag, you took away all our fear. We are no longer afraid! Let us all go to the relevant offices and demand to register as voters. The constitution guarantees our right to register and to vote. ZEC must not hide behind costs. If they don’t have the resources to register voters, then they don’t have the capacity to run any election, simple.
Let us overwhelm their rigging machinery by registering and turning out to vote in large numbers. We cautiously applaud the people of Norton and Temba Mliswa for doing just that — now we must follow their example.
In the past, only a paltry three million of us have turned out to the polls. Why not seven or ten million? Where are the rest of the people and why do they not go to vote? Voter apathy is a big enemy of electoral reform. Opposition parties must unite in campaigning for Zimbabweans to register and vote. MDC, you are the biggest; why are you not shouting loudest? NERA has been your fight from the word go, so what are you doing to get people to register and vote?Advertisement