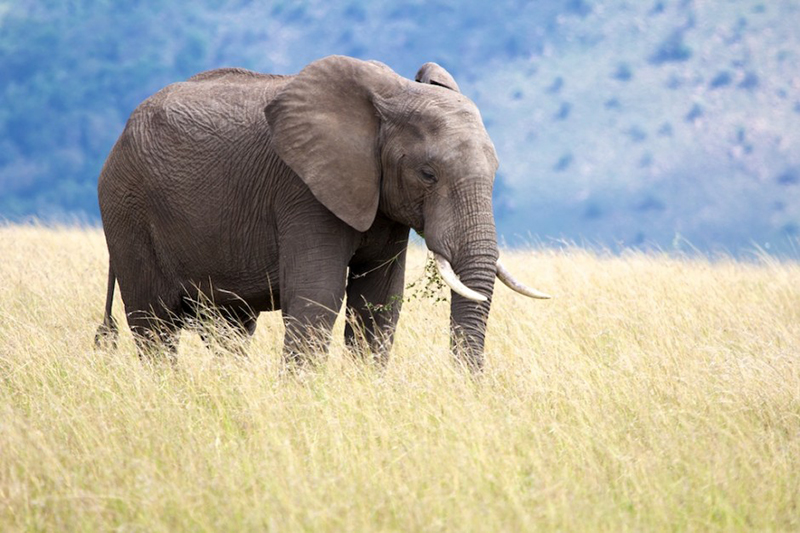 A 71-year-old South African tourist was trampled to death by an elephant “in full view” of his son at Zimbabwe’s Mana Pools National Park, the country’s parks agency said Thursday, days after another fatal encounter with an elephant occurred in a separate park.

A “tuskless” female elephant this week charged the tourist and his 41-year-old son as they took a morning walk in the park, Tinashe Farawo, spokesman for the Zimbabwe Parks and Wildlife Management Authority, told The Associated Press.

Mana Pools is a UNESCO World Heritage Site known for its splendid setting along the Zambezi River and surrounding flood plain teeming with elephants and other wildlife.

Michael Bernard Walsh, a veterinarian from Cape Town, was a “loyal tourist” who had been visiting Mana Pools “almost every year” for the past 35 years, said Farawo.

The father and son duo had left their car about 40 meters (44 yards) from the scene of the incident. “Because of age, unfortunately, the old man couldn’t escape to the vehicle.

His son watched as the elephant killed his father,” said Farawo.

“We are extremely concerned because two people have been killed in one week alone,” he said, referring to an earlier fatality in which an anti-poaching coordinator with a conservation group was trampled to death by an elephant in Victoria Falls in western Zimbabwe.

Clever Kapandura, an operations coordinator for the Victoria Falls Anti-Poaching Unit, a non-governmental organization, was part of a team of scouts deployed to investigate reports of a possible poaching incident.

“For some unknown reason” an elephant bull charged from about 120 meters (130 yards) away and seized the man and killed him, the organization said in a statement.

Zimbabwe’s national parks and environmental groups are reporting increasing cases of conflict between humans and wildlife in recent years.

More than 40 people have died from such conflicts in parks and other rural areas in Zimbabwe so far this year, said Farawo.

Like other parks in Zimbabwe, Mana Pools experiences hot, dry weather at this time of the year, limiting food and water sources for the thousands of elephants, lions, buffaloes, zebras, wild dogs, hyenas, zebras, elands and other animals.

As a result, the animals make forays into neighboring human communities in search of water, crops and livestock for food, said Farawo.

Zimbabwe has an estimated 85 000 elephants and neighboring Botswana has more than 130 000.

The two countries have the world’s largest elephant populations. The two southern African countries say they are struggling to cope with the booming numbers of elephants and are pressing to be allowed to sell their stockpile of ivory tusks that have been seized from poachers.

They say the funds raised from the ivory sales would be used for conservation and ease congestion in the drought-affected parks.

Other African countries, especially Kenya, are opposed to any sale of ivory.

“We are now sounding like a broken record, saying that our animals, especially elephants, are overpopulated and they are becoming a danger unto themselves by destroying their own habitat and they are also killing people,” said Farawo.

“We receive distress calls from communities almost every day.”

Zimbabwe’s parks agency said it has no plans to export baby elephants to China, denying recent reports by a wildlife conservation group.

Zimbabwe was criticised a few years ago for sending elephants to China where they were put in zoos.