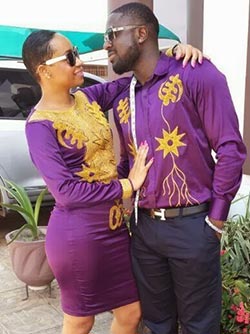 GHANAIAN Big Brother housemate Elikem Kumordzie on Wednesday touched a raw nerve following claims that he said Zimbabwean women were less attractive than those from his home country.
Elikem who is currently in Zimbabwe running a business with his reality TV fellow star girlfriend Pokello Nare was speaking to one of the local papers when he said Ghanaian women were better than Zimbabweans.
He was quoted as having said: “Ghananian women are more beautiful compared to Zimbabwean women because they know how to take good care of themselves fashion wise.
“They have manners and are well cultured, I can say they are ahead and better off than Zimbo ladies except for my Pokello who has lived up to my billing.”
Apparently the proclamation did not go down well with both Zimbabwean men and women some of who took to social networks venting their anger.
On manners most brought into the picture Elikem’s darling who apparently became popular in the country after her sextape was leaked to the media and the public.
While others responded mildly saying it was his opinion others launched scathing attacks on the 25 year old ridiculing Pokello.
Ba Mufaro said on Facebook: “Eh…cde…it is not our fault that Elikem chose the wrong sample…”
Others called the Ghanaian a gold digger who was busy surviving on handouts from Pokello whose mother is married to Local Government Minister Ignatious Chombo.
This interestingly gives weight to speculation at the beginning of their relationship outside the Big Brother House that it would be an alliance of convenience.
Back then, some claimed Pokello would dump Elikem the same way she had dumped her rapper boyfriend Stunner.
Stunner with whom she filmed the sextape was dumped on television and many felt it was because Pokello had found the fame that she wanted with him.
Sections of the media called it a plot that was rolling out but it appears for now the relationship has survived against all odds.

See some of the random comments and Facebook posts below:
Tendai Makaripe: It’s a pity u siding with him when he made it very clear kuty Pokello is the one worth talking about in Zim as far as beauty is concerned, zvako zvekuda kuzvifadza uchiisa yo wife into his statement zvoita kuti ndikunyarireAdvertisement